OBITUARY: Larry The King Of Question Quits, Leaves For Questioning 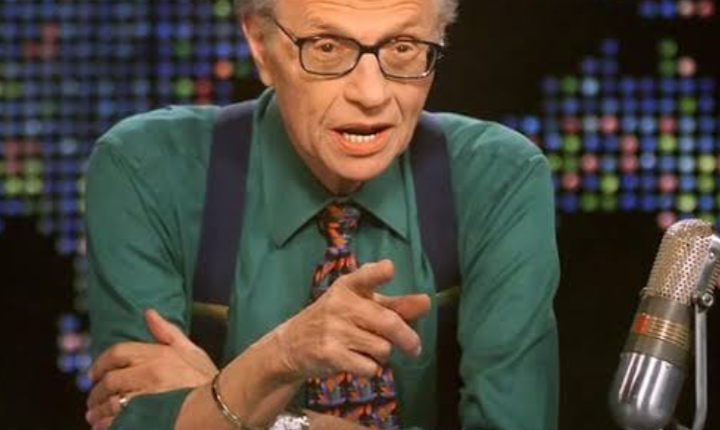 The death of the veteran broadcaster Larry King, who made his name at CNN, has received global attention.

Larry the king of questions left for questioning, great beyond, where only answers would be required.

The US network reported on Saturday that the veteran broadcaster died at the age 87.

AP, Reuters reported that no cause of death was given, but King had been in hospital in Los Angeles after testing positive for coronavirus.

The chat show host became a global household name with CNN, interviewing world leaders, politicians and celebrities between 1985 and 2010.

King, whose career spanned over 60 years, won multiple accolades, including two Peabody Awards and an Emmy.

The octogenarian had faced several health problems in recent years, including diabetes and heart attacks.

The journalist first rose to fame in the 1970s with his radio program The Larry King Show.

He also appeared as a columnist for the USA Today newspaper.

His TV show was canceled in 2010 and he was replaced by British broadcaster Piers Morgan, who hailed King as a “hero” on social media.

Russian President Vladimir Putin was also one of those who offered his condolences.

But even in his heyday, critics said King did little research before interviews and often tossed softball questions to his guests who were free to give unchallenged self-promoting answers.

“I’m not there to make a conclusion. I’m not a soapbox talk-show host. So what I try to do is present someone in the best light.”