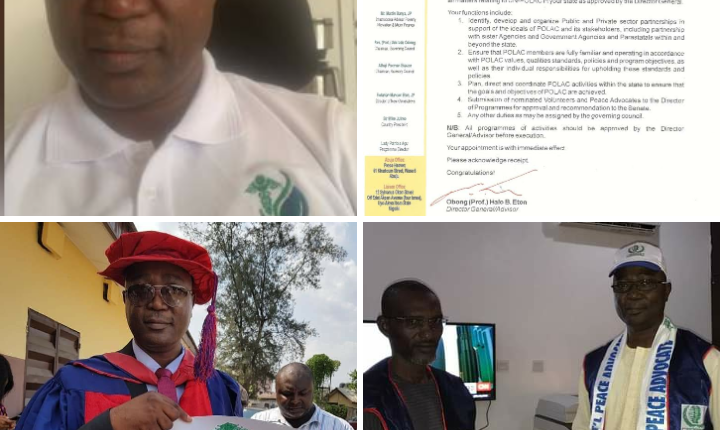 The Senate if the United Nations-POLAC has approved the appointment of Dr. Abdullahi Dauda Belel as Director, State Coordinator Adamawa state.

Dr. Belel, the professional and philanthropic technocrat, who kept outstanding records as a unique achiever when he held the position of the Chairman, Adamawa State Health Care Development Agency for attracting international donor organisations and founder of the hi-tech facility Bell Dome Consult Hospital, a private health facility commissioned last year in Yola, has been an Ambassador of Peace with the UN-POLAC since 2017. He equally bagged the Honorary Doctorate Degree from the UN-POLAC Institute of Peace and Conflict Resolution in 2018 in addition to having the Number 2 UN-POLAC customised plate number. 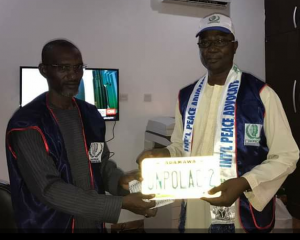 The multiple awards winner nominated for the 2020 the Periscope Global Publishers’ three star permanent award, scheduled for March this year, Dr. Belel will be among the Fellow members to be inducted by the Institute of Business Diplomacy and Financial Management IBDFM in April this year. 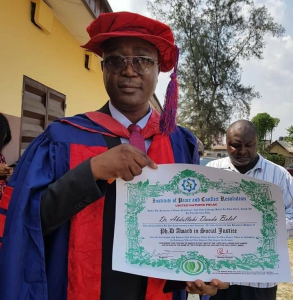 The appointment letter dated January 12, 2021 signed by the UN-POLAC Director General/Advisor, Prof. Halo B. Eton stated that as State Coordinator, Dr. Belel “is to identify, develop and organise public private partnership in support of the ideals of POLAC and her stakeholders.

“To ensure that members are fully familiar and operating in accordance with POLAC values, qualities,, standards, policies and programme objectives as well as their individual responsibilities for upholding the standards and policies. 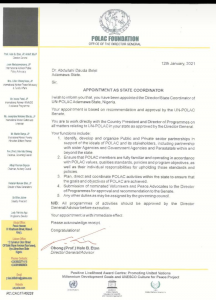 “To plan, direct and coordinate POLAC activities within the state, to ensure that goals and objectives of POLAC are achievements, among other spelt out responsibilities.

Dr. Belel of Bell Dome, has with this appointment, taken over from Dr. Adamu Muhammad Dodo, the first UN-POLAC state coordinator in Adamawa state who retains the office of to Country Deputy President, Northern Nigeria since 2018 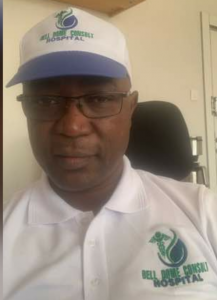 POLAC was established as an international autonomous institution in 2001 with the UN and UNESCO following General Assembly resolution, declaring 2001-2010 as a decade of peace and non violence.

It has the mandate to enhance the effectiveness of the UN millennium development goals, now sustainable development goals and UNESCO Culture of Peace Programme particularly the maintenance of peace and security and the restoration of human dignity.

It has the following goals:

* To defend human rights and restore dignity to all persons

*To contribute to peace and security by promoting collaboration among groups and individuals through culture and education.

*To enhance the position of family heads through recognition as Peace Advocates for proper family upbringing.

*To recognise people (both late & alive( as legends to encourage the incoming generations for peace and sustainable development.

* To stimulate reactions in all spheres of life.

* the advancement of the international understanding, Goodwill and peace through a world fellowship of business and professional persons United in the ideal of service for peace.

OBITUARY: Larry The King Of Question Quits, Leaves For Questioning