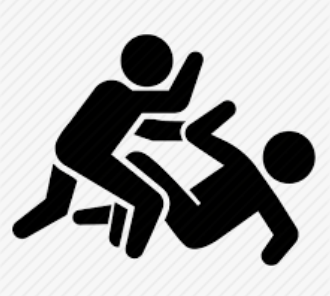 Khadijah, a teenage girl whose parents, out of poverty, before she could attain puberty, were said to be manipulated to sacrifice her for a housemaid job that would eventually, rather heinously claim her life, like a dog, less than a slave.

Is Hajiya Gaje ‘Yar Mulki a girl-child trafficker? How many of the teenage girls has she been surrendered to by gullible parents to sell for slavery as housemaids and for murder, could be ritualistic, and at what amount?

Her line was going through as at yesterday. She was however not picking the call. The line is eventually switched off today, answers to the questions would have been provided.

The housemaid to be supplied to the alleged sadistic egomaniac, priding in affluence and influence, would eventually be reduced not only to slave without rest but a being for murder.

Neither Fatimah the alleged predator nor her husband, whose name is given as Alh. Munir would want to respond to the press when the Periscope reporter called, as the line was switched off just after introduction a while ago.

Answers could have been provided whether or not there was any air about ritual, associated with the alleged murder of Khadijah the teenage housemaid and/or whether or not it was a devil deception for merciless child abuse.

IN DA RANKA has revealed an incident that occurred about five days ago, which almost escaped the press.

Fatimah the alleged sadistic egomaniac mistress returned home and found her teenage housemaid Khadijah shivering with perhaps fever such that she was unable to render household chores she was being assigned to.

The accused mistress would not tolerate any sickness for an excuse other than a show of weakness, what wickedness!

Though there was no record that the accused mistress, full of pride has ever pounded boiled yams, as she was alleged to be unrepentantly pouncing on her seeming blameless housemaid. she sent for pestle, reduced Khadijah to both a mortar and a yam, descended upon her until Khadijah was pounded to the point of death.

The eyewitness was another but favoured teenage housemaid. She disclosed to Freedom Radio Nigeria how her mistrusted, maltreating mistress ended the freedom to life of Khadijah, the innocent, trusted, exploited and oppressed colleague.

“The intolerant mistress would not take the excuse. She rained insults on, before ruining Khadijah’s life.

A Week Of Carnage And Propaganda

Meet A Worthy Media Practitioner In Gombe Who Returns Lost…

“She sent me to get her a pestle and asked me to bring one for myself to join in pounding Khadijah. I couldn’t bear it, so I left for kitchen.

“After pounding her, the mistress forcefully inserted sharp metal into Khadijah’s private part, which led her to bleed.

“The mistress directed me to bring hot grind pepper, which she applied into the private part of the wounded Khadijah, either to control the bleeding or to inflict more pains.

“Khadijah, having lost any strength for breath, she was taken to a hospital in the morning.

The hospital staff, sensing the hopeless condition of Khadijah, requested for police witness before the examination.

An officer from Sharada police division was deployed. The hospital’s intervention led to the arrest of Fatimah, the alleged predator mistress and ‘Yar Mulki, her accomplice who brought Khadijah to the house of horror, as housemaid for murder.

Khadijah the housemaid eventually gave to the ghost, while Fatimah the alleged predator with ‘Yar Mulki was released from detention a day after the arrest as a result of what was considered as her affluence, influence and the low profiled social status of the deceased housemaid.

When contacted to confirm the position of the police on the murder case and the release of the alleged murderer, the Police Public Relations Officer, Kano State Police Command, DSP Abdullahi Haruna, said he was not aware of the case but would callback.

The PPRO did not callback and several calls on his line would not go through. A source from the Kano police command has however lamented that the heartless rich and influential citizens in the state would eat their cake and have it; exploit and oppress the poor, yet remain above the law.

The source also disclosed that the picture photographs of the deceased revealed injuries on the forehead, multiple fractures on the arms, limbs abdomen, chest and other vital organs.

When asked about the injuries sustained by the deceased that led to her death, the alleged predator told the police authority that the victim was only attacked by a ferocious cat.

Okafor Komolafe John, the social critic articulated that if this criminality could go unchecked in Kano, there would be predators everywhere in the country.

John has called on the Civil Society Organisations and the Sharada community to join the fight against injustice, to call for justice on behalf of the deceased against the alleged sadistic egomaniac mistress who prided herself with affluence and influence to be above the law.

“The predator must face the law. Must be brought to book,” John would say.

A Week Of Carnage And Propaganda

Meet A Worthy Media Practitioner In Gombe Who Returns Lost $3,000 to the Owner