Modibbo Adama University, MAU Yola, Adamawa state, northeast Nigeria has matriculated the first set of students with her conversation to a conventional institution. 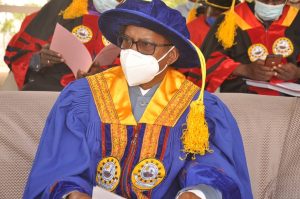 Having MAU converted to a conventional institution has adroitly added a fillip in the diadem of achievements of the Vice Chancellor, Prof. Abdullahi Liman Tukur, which attracted immeasurable commendation and well-wishes.

The information and protocol officer, Mr. Aminu’s Julie Gurumpawo Saturday, revealed that three thousand, two hundred and fifteen undergraduate students were matriculated into various programmes spread among the seven schools, the centre for distance learning and the sandwich programme in the university. 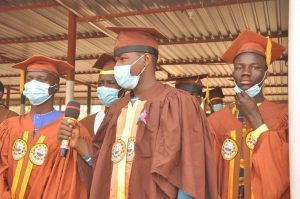 While congratulating the students for being found suitable for admission into the university, the Vice-Chancellor explained that the significance of the ceremony was for the fresh students to pledge allegiance to the authority of the university through administration of the matriculation oath and by the token, expected to contribute their quota towards enhancing the image of the university at all times.

The VC said the covid 19 pandemic has resulted in schools being shut all across the world with global estimate of over 1.2 billion children out of the classroom.

A situation that has changed education dramatically, leading to the distinctive rise in e-learning, prompting the emergence of new hybrid model of education, which the university recognised and has taken steps towards adopting a blended learning approach to improve access. 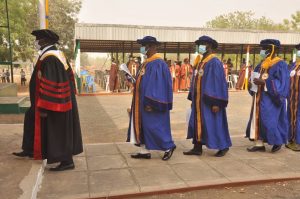 Prof Tukur also used the avenue to recognise parents and guardians who could not be present to witness the historic event due to the challenges of the covid 19 pandemic, alongside those who are sacrificing to give their children quality education by choosing the institution.

Prof Tukur warned the students on engaging in activities, membership of cult groups and other antisocial groups as it is strictly prohibited and offenders would face expulsion.

The VC has called on the students to participate in activities of associations registered with the directorate of students affairs and are so recognised to operate in the university.

The university don appreciated the president of the federal republic of Nigeria, Muhammadu Buhari for signing the bill for the conversion of the institution to conventional one.

Prof Tukur expressed gratitude to the president of the senate Ahmed Lawan and members of the national assembly as well as all stakeholders who supported the move and saw to its actualisation.

The Vice Chancellor expressed hope that with the development, the school of management and information technology would fully come back on stream as soon as the regulatory bodies; NUC and JAMB give the go ahead to commence the studies.

The VC assured that other programmes would be offered after following the due processes.

The students were presented by the deans of schools to the Registrar of the university Haj Halima M Bala who administered the matriculation oath. 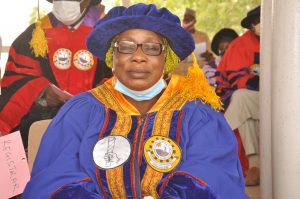 Students who distinguished themselves in academic performance during the last session received the Governing Council awards for academic excellence presented by the VC.