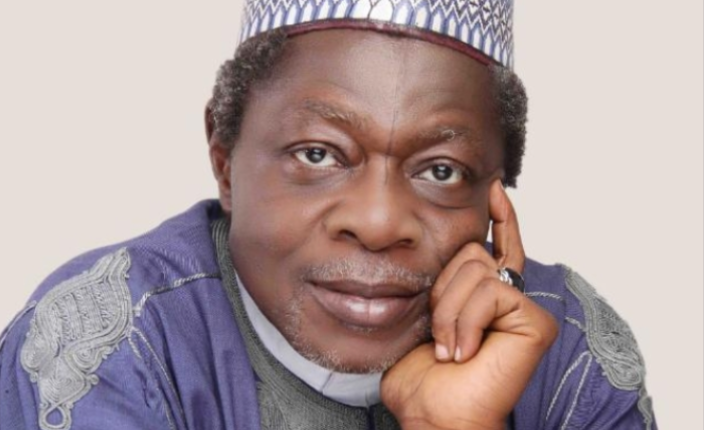 In his autobiography, Long Walk To Freedom, first published in 1994, the revered Nelson Mandela wrote: “When a man is denied the right to live the life he believes in, he has no choice but to become an outlaw”. Even though not an absolute truism, this saying of the Madiba just about sums up the life of the renegade Fulani herdsmen and that of Southern Nigerian demagogues. But many times, a man has to be dissuaded from the life he believes in and is deliberately directed to the life he should live. This is what keeps the world improving, developing. And it is also the bedrock of education, hence civilisation.

Come to think of it, where would you be if your grandfather or father was not persuaded to embrace western education? Since no man is an island unto himself, and he must live in a society, certain things he believes in must be sacrificed for those that are universal. After all, the freedom to swing one’s arms while walking is guaranteed but those arms must stop right where the nose of the next person begins. Co-habitation is a community entails give-and-take, accepting all into the brotherhood of humanity. 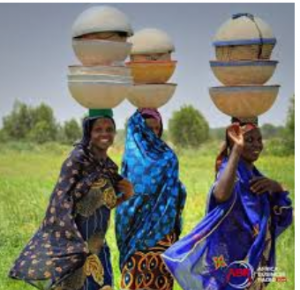 Any group of people that refuses to learn to cooperate with other groups and live peacefully is primitive in outlook. One can comfortably say it is a group that has allowed the animal in them to take precedence over their humanity. For men are created the same. Parents, environment and societal influence are the factors that give us either our nobleness or negative inhibitions.

I was on my occasional morning walks when I met three kids, probably from the same house, out on an errand. The oldest, a girl, was probably seven or eight. She greeted me, “Good morning, sir” and instinctively I answered back, “Morning, my daughter”. Her younger siblings followed suit. They are Igbo kids but from their physiognomy, I could deduce they viewed me as their father’s mate who could be their father. And I started thinking. Probably if their parents told them they are relocating back to Nnewi, Enugu, Nsukka, or wherever they see as their origin, these kids may be saddened by the news.

You see, to them where they are – probably they were born there – is home. The girl may be named Nkechi but her friends are Fatima, Amina, Maryam or Bosede and Toyin. Her classmates are Musa, Abayomi or Nandev. These innocent minds see themselves as one, with little or no difference. But that is the nature of all kids until external forces start brainwashing them against one another.

Get newborn babies of different tribes and religions and nurture them in an enclosure away from external contacts and influence. Perhaps they may evolve their language and religion by the time they reach adulthood. But what is certain is that they will all have one tongue and the same value system. It is societal forces that separate us into tribes, tongues and creed.

Had my friend Amaechi been born by my parents, perhaps he would be Musa and a practising Muslim. Same with many Muslim Hausa who could be named Uche or Olu were their parents from the South. Then why fight and kill over which part of the divide God decided to place you. Did God consult you first before putting you there? And even insist it is your life and you cannot change?

The cries over Fulani and their atrocities are getting louder by the day and it will be dangerous for us as a nation not to take it seriously. One of the reasons is that, down South, every, well, almost every northerner is Hausa/Fulani, whatever that means. That notion could be deliberately but covertly instigated by ambitious politicians. Hate the Fulani, seen, albeit erroneously, as the symbol of the North, and the North will lose. Everywhere in the South, there is a deliberate plan to demonise the Fulani. 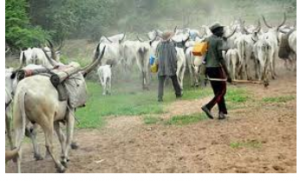 While there are the renegades among the tribe that rejoice in brutality, that do not hesitate to shed blood, the majority are law-abiding. But the way it is being portrayed in the South – and some parts of the middle belt – now is as if there never have been criminals among their tribes until the advent of the Fulani. They behave as if they have always been saintly people with no violence of whatever shade, and now the Fulani have come to destroy their Eldorado.

And this is the reason behind the setting up of Amotekun and the Eastern Security Network: hatred for, and to specifically deal with, the Fulani. As time goes on, atrocities by these pseudo security outfits against northerners will just increase. The game plan is to tempt the North into retaliating and the dream for secession would be realised. And this is why the security networks are peopled by criminals and hate mongers who can only survive through that means. All the more reason why a thug like Sunday Igboho can turn into a regional hero – even daring the government by claiming that arresting him would break the country. It is a sad narrative that charlatans like Igboho, Nnamdi Kanu, Gani Adams and people like Femi Fani Kayode are setting the agenda for Nigeria of the great Zik, Awo and Ahmadu Bello.

But I have always maintained that even if Nigeria would balkanise, now is the wrong time, for all our sakes. The best time could have been 1966 and, perhaps by now, we would all have been independent nationalities, each with its peculiar problems and prospects. But now, none of the six geopolitical zones can survive outside Nigeria. We would all be overwhelmed by bandits, insurgents, militants and all. Even the Igbo nation cannot stand on its own if left alone to the arrogance and demagoguery of its anointed secessionist leader.

But there is also something fundamentally wrong with the North. It lacks a leader. It lacks focus. It lacks vision. Most of the Fulani terrorising Nigeria now could have long been engineers, medical doctors, professors, etc. The regime of General Ibrahim Badamasi Babangida started what it christened nomadic education. Under it, there were many things involved that could change the way the Fulani live. But because most of our leaders are short-sighted and prioritise lining their pockets, they never took that programme seriously. Now, with all the money they have sliced for themselves, those who should have been professionals today will not allow them to enjoy it.

For God’s sake, what will it take to create ranches or whatever to settle the Fulani herders and provide every facility that would add value to their lives and livelihood? This is being just to them because the way they want to live their lives is no longer tenable in a world where the majority are struggling to survive. How can someone move cattle from Mali to Osogbo or Obudu and, worse of all, leave cries of woes behind him? Apart from being fair to them as human beings, the cattle will have more quality when bred in one place than subjecting them to the stress of trekking hundreds of kilometres and feeding on just anything. And there is the assurance of minimising crime. 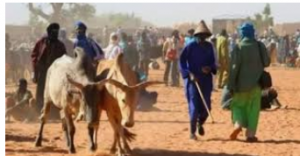 More importantly, what will it take to separate the genuine herder from the criminal Fulani, especially when the president himself has said they are foreigners coming to make trouble for us?

Again, the North is just reactive. The typical northerner not only continues his life the way he has been living it but casts an eye on others as if he is their guardian angel. When they say Fulani must pack out, he comes out bristling with fury and gives southerners an ultimatum to leave his land also. When they form Amotekun he becomes agitated, red-eyed and prances about akin to a cow on heat and forms Shege Ka Fasa. When some riff-raff from the South says we will ban eating of cow meat, the northern rabble-rouser, like someone on a short fuse shrieks that “we will not take cows to the South”. And he uses all these gimmicks to line his pockets because after a few days you hear nothing from him again until the next move from the South. But the plight of the Fulani, North or Nigeria does not concern him. 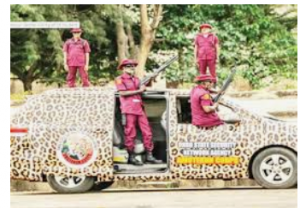 Such persons fail to realise that being proactive is the only way to help the Fulani. Through proper management of cattle colonies, a cow can bring three to four times its value than when transported live to the South. A well-managed ranch can produce and process hide and skin, milk, butter, gum, fertiliser, animal feed, etc. And this will give them greater bargaining power and more money.

But beyond all these, the federal government needs to up its game. Many of our problems are as a result of bad government policies. A lot of Nigerians feel either neglected or short-changed by their government. There is a belief in many quarters that they have been neglected while a certain breed of citizens is being favoured. Such perceptions by people have to be changed. And it is only the government that can do that through deliberate policies meant to restore the people’s confidence in it.

Perhaps we will witness a turn with the change of service chiefs, slashing of import duty on some commodities and withdrawal of VAT on others. These are good and positive responses that would go a long way in ameliorating hardship. The value of the naira in the pocket will also increase.

Probably what caused a lot of problems for the President Muhammadu Buhari government were the lack of patriotic minders and the stability of his party that should be the driving force behind his policies. Because of the peace and stability that has enveloped his party for the past few months, people are now beginning to see a more humane and responsive government. The hope is that such new vista will continue for the betterment of the country.