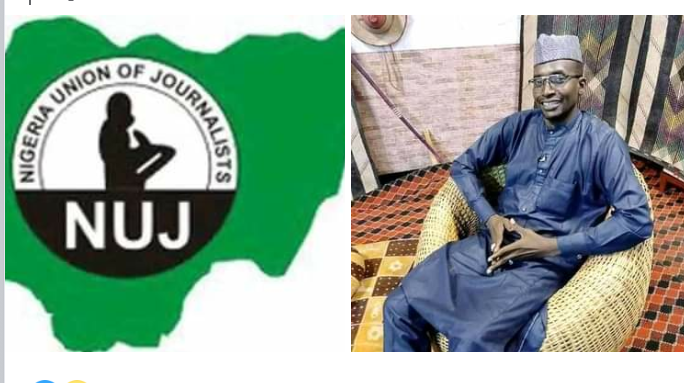 The state chairman of the Nigeria Union of Journalists ( NUJ) Adamawa state council, Comrade Ishaka Donald Dedan, has declared 3-day mourning for the late Ibrahim AbdulAzizz, a correspondent of the Voice of America ( VOA), who died in an auto-crash along Gombe-Bauchi road on Friday.

The state council of NUJ, in a statement signed by its secretary, Fidelis Jockthan, urged all chapels to suspend all union activities and hoist the flag at half-mast, in honour of the late veteran.

According to the statement, the late Ibrahim AbdulAzizz would continue to be remembered for his doggedness, fearless and investigative journalism, as well as his contributions to the union activities.

The late VOA Reporter, a symbol of humility during his lifetime, had inspired many young ones particularly, through his television Programme on TV Gotel, as well as publications on his personal news blog ‘Adamawa Times’.

The NUJ urged the family, Colleagues and Government of Adamawa State, to take solace in Almighty Allah.

Late Ibrahim AbdulAziz, popularly known as Dan- almajiri, has be laid to rest according to Islamic rites today Saturday, the 6th of February at 2:30 pm in Yola, Adamawa state.