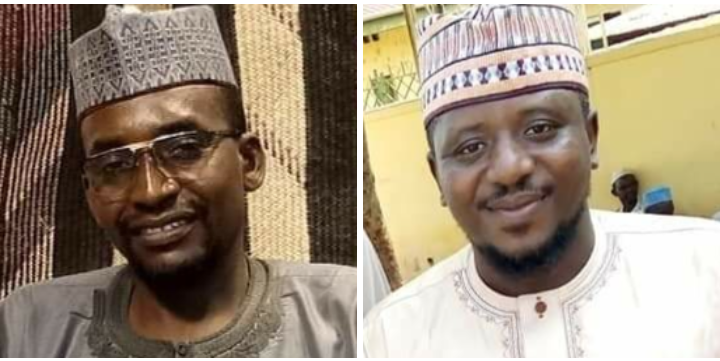 We all know that one day we shall pass way, bearing in mind that from Allah we come and to Him is Our return; Innaalillah Wa Innaa Ilaihirraaji’uun!

Indeed every soul shall taste death; Though by John Donne the poet would in his Holy Sonnet tell “death, be not proud,” the demise of beloved one shocks us, exposes to what comes out of sober.

The passing away of Ibrahim AbdulAziz depicts him as social icon who related well with people at different social levels.
The first tribute I read was written by Prof. Abubakar Abba, the first Kakakin Adamawa published in The Periscope Global Publishers Page.

The posthumous encomium in highly stylistic lines, where Ibrahim AbdulAziz is described as “tall and slender in size and shape… Lanky and gentle in poise and demeanor…” but weighty in terms of ideas and professionalism in the media space as a jovial jack of all the genres of journalism with any air about being jejune.

His last leadership responsibility that I know of and can proudly give a kudos account as an alumnus, is the class president at Konngol SilverTongue: Media and Language Training Institute, Yola, Adamawa state northeast Nigeria; the first and only of its kind in the entire north of the country.

The posthumous testimonies by closed relatives, family and friends in mourning revealed that Ibrahim related well with people.
In funeral congregation mourners testified that he was socially disciplined, one that could interact with anyone no matter how they differed, in belief, social class, interest and/or location.

Local traders said he was a good friend, elites said he was easy going, clergies portrayed him as humble and righteous servant of God, his subordinates in the office considered him great mentor, and all his contemporaries agreed unanimously that Ibrahim was very creative.

Obviously, his departure left huge vacuum within the socialization arena.

Oh Ibrahim! I will miss your giant pace, your smiling face, your controlled stammerer voice, and your usual phrase ‘ Allah ya taimakeka’.
May Almighty God accept the good testimonies on you.

May He forgive your shortcomings and make Jannatul Firddausi your final abode.

May Allah SWT guide, guide enrich the family he has left behind with the fortitude to bear the irreparable loss.