* A call for recertification of political party membership, Kaigamma Jimeta must join politics 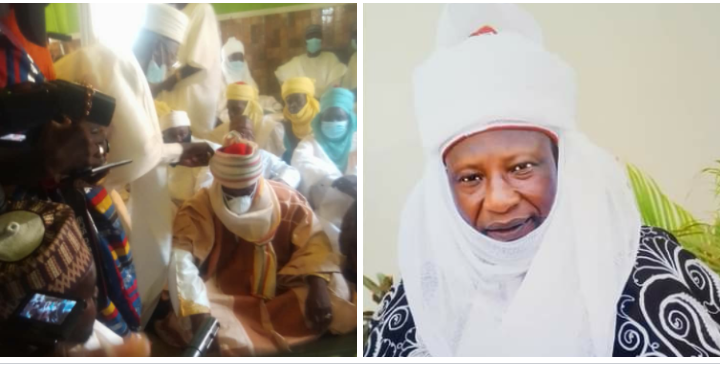 Some newsmen asked about Dr. Dadah. My reply was that other than being one of my mentors, referees, my lecturer and manifold boss, the questioners would respond to the questionnaire better than he who was questioned.

The newsmen would request for not only my contribution but to write about Dr. Dadah.

I couldn’t conjure up the why of the assignment. Is it because I hold, as a lineage, a Kaigamma title for over two centuries?

My response was, I was not into biography and that the personality who would be excellent in autobiography was still living, why leaving the excellency for me who wouldn’t be brilliant in the task?

Not to make them feel disappointed, I responded that Dr. Ahmad Usman Dadah was an untiring retired permanent secretary, recently appointed for a fresh traditional task; never existed in the district he holds tenacious citizen as citizen, to fill, additional to the other traditional, faith based and nongovernmental organisations already in service. 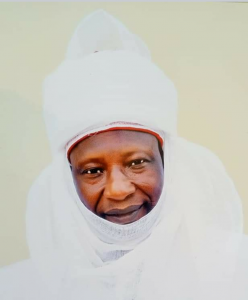 I concluded that “Dr. Dadah the strategic planner, is a political material for electoral hypothesis; to be a departure from the previous narrativisation, thematically depicting cluelessness, misrepresentation and administrative inexperience in his very constituency that I should be among the first futurists to nurture to fruition against any fusion of confusion for confrontation”.

Futurists are people whose specialty or interest is futurology or the attempt to systematically explore predictions and possibilities about the future and how they can emerge from the present, whether that of human society in particular or of life on earth in general.

Dadah’s last assignment was handing over the affairs of office after retirement from 35 years successful service, without any query.

His last appointment was his promotion and deployment as permanent secretary administration with the office of the head of service, Adamawa state.

I begin with Dr. Dadah’s contributions as an alumnu of Yelwa government secondary school, renamed Aliyu Musdafa College, Yola South local government. He is the alumni first and only president.

Prominent among his achievements is the establishment of AMOSA computer centre, where recognised certificate in computer appreciation is obtained.

AMOSA I’d the acronym for the Aliyu Musdafa Old Boys Association. Thousands of students, most of whom not members of AMOSA, have attended the computer training; some of the beneficiaries were even sponsored by some high net worth AMOSA members.

AMOSA under Dadah won a national achievement award, which also earned him a national membership of the secondary school alumni fraternity.

Graduating from university of Maiduguri, after a one year mandatory national enduring sacrifice to the nation; NYSC, Dadah joined the service of College of Preliminary Studies CPS Yola, the present State Polytechnic Yola SPY as a lecturer with the department of economics.

In the early 90s, while registering students for a remedial programme, when it was my turn, he exclaimed that I was the lone candidate from Maiha local government of all the students he had registered. He would make me assure that there is also a strength in the aloneness from among, than aloofness. 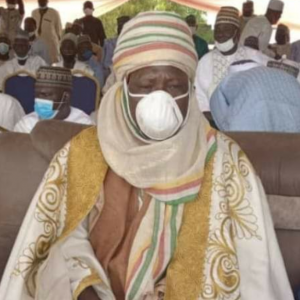 Don’t criticise the piece, of dates constraint, I’m not writing history or biography. My philosophy is simply retrospective.

MAMSER is an acronym for Mass Mobilization for Self Reliance, Social Justice, and Economic Recovery. It was an exercise in political orientation in Nigeria undertaken by President Babangida as one of the recommendations of the Political Bureau headed by Dr. Samuel Joseph Cookey. See Wikipedia.

There later would be a placement of advertisement for a qualified candidate to fill the commercial director’s vacancy at GTV, the present Adamawa Television Corporation ATV Yola. The position was to be won by Dadah.

I was not to major in any of the managerial courses during my undergraduate studies but I was later to join the CPS economic lecturer Dadah, who was then serving as director commercials with ATV Yola, after my mandatory enduring national service assignment, NYSC in the east, sometime in 2000 before joining Federal University of Technology FUT Yola, renamed Modibbo Adama University of Technology MAUTECH Yola, the present Modibbo Adama University MAU Yola, Adamawa state for postgraduate programmes.

He would tell me that sky would be the limit with determination, resisting all manners of deliberate obstructions, fantastically ethnocentric in nature he was confronted with as a challenge preparing him for leadership position, after his return from the state assignment as sole administrator of Fufore and Ganye local governments.

Dadah has been both adviser and patron of the Muslims Students’ Society of Nigeria MSSN at both the branches, the units and the state levels, for which I held the positions of deputy Ameer, coaching class coordinator, publisher and editor-in-chief.

There came a period during Boni Haruna led government when Muslims civil servants in the state, for the most part, feared identifying themselves with Islamic activities and/or organisations for undescribable fear associated perhaps, with weakened faith.

It was the period that Islamic Development Centre IDC and the Centre for Islamic Thought CIT Yola, among other FBOs were born in the state. Dadah belonged to both initiatives as a key figure. 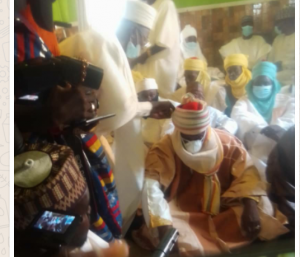 Membership of the CIT was for Muslim graduates having double edged purposes; upgrading MSSN membership after graduating from being addressed as students and to proof to the Muslim civil servants with the weakened faith that participating in Islamic activities would not result in one loosing employment and/or appointment.

The call to order was for the societal reorientation.

Dadah was to become the Amir of the CIT, the position he holds for about two decades and to this day.

His first achievement was the collaboration with the International Institute of Islamic Thought IIIT and other international country and state faith based organisations.

As the Amir, Dadah ensured that CIT members attended AMOSA computer training. Don’t ask me how he foot the bill. I was also a beneficiary to the free ICT training.

Dadah donated land and other properties for the establishment of the Bn Fodio Academy at Yolde-Pate, Yola South local government area; a conventional school and Islamiyya, rendering almost free service as a social responsibility to a financially disadvantaged community, run by the CIT.

It was under Dadah’s watch that Al-Hiqmah, a monthly magazine, was floated for which I was the Editor-In-Chief with Dr. Salihi Ateequ, the present boss of the Universe Basic Education, Adamawa state as the chairman editorial board, when he was with FCE Yola as a lecturer.

CIT has also carried out a lot of sensitisation campaigns on healthcare, education and societal reorientation as it has been doing.

There have been sharp practices among other irregularities associated with the conduct of Hajj operations. Some faithfuls felt there was the need for the third eye, to monitor by means of checkmating, for efficient and effective rather acceptable sacrifice as a devotion. It was among the reasons for the establishment of the Hajj Monitors Of Nigeria HAMON. Dr. Dadah it was who brought the initiative to not only Adamawa state but the northeast.

I can authoritatively give account of this because I was among the founding members of HAMON Adamawa with, with Dadah as the founding chairman.

Dr. Dadah was to later transform ATV Yola from analogue to digital with the aggressive and political will to run a 24-hour broadcasting service, when he was appointed General Manager by the Nyako led government.

Dadah was also promoted to deputy permanent secretary while he was still the GM of the transformed ATV Yola.

He was also among the media group appointment National Hajj Commission of Nigeria to cover Hajj operations for Nigeria in Saudi Arabia.

Dadah has on Wednesday, February 11, 2021 shared a piece of accomplishment information to the members via CIT WhatsApp group; adroitly adding a fillip in the diadem of his achievements . It read thus:

“Alhamdu Lillah.. I have formally handed over the affairs of my office as Permanent Secretary Admin. Office of the Head of Service after successfully retiring from civil service yesterday. 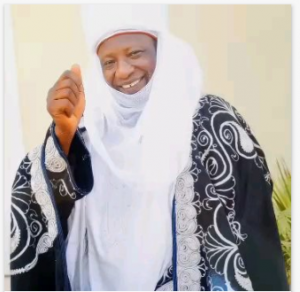 “My appreciation to all of u for ur prayers & support. I now feel, a free citizen. May Allah grant us a better future”.

The Kaigamma Jimeta is a nominee to the Periscope 2019, 2020 productivity award the event slated for April and the Fellow member of the Institute of Business Diplomacy and Financial Management IBDFM, to be decorated also in April. This is a privileged information for the well-wishers.

My call to him is for the recertification of political party membership. Kaigamma must join politics.

The Periscope Mourns Martyrdom Of Another Amazon