The Periscope Mourns Martyrdom Of Another Amazon

* And The Gunmen killed Her 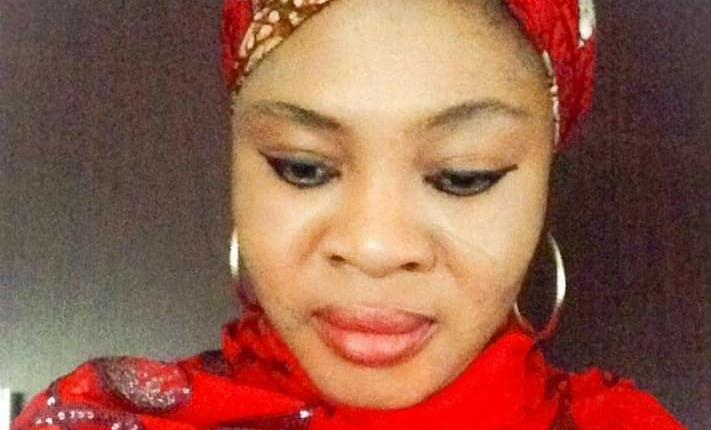 It was the previous Friday that she and her husband left Abuja for friends’ wedding in Lagos.

They took airport taxi on their arrival to their destination. There was however a holdup few kilometers after the airport that the gunmen took advantage of, for the twist of fate, for the destination change to great beyond.

She was shot by the gangsters and was rushed to a hospital where she was reported dead a week later, leaving her husband who survived knives and cutlass cuts to mourn the mother of his children

Her name was Hajiya Rakiya Abdullahi. She was a graduate of mass communication from Bayero University Kano, BUK.

Rakiya started her a public service as a public relations officer with PHCN in Yola, Adamawa, which she continued after her NYSC, where she also served as desk officer SERVICOM.

Her husband Alhaji Lawn Isa was also with the PHCN as an auditor, before they left for Abuja to continue with the Abuja Electricity Distribution Company AEDC.

Abuja Electricity Distribution Company (AEDC) is one of the 11 power distribution companies that was successfully privatized and handed over to new investors on 1 November 2013.

KANN Utility Limited (KANN) is the 60% equity holders in AEDC. The Federal Government of Nigeria holds 40% equity in AEDC.AEDC has a franchise for the distribution and sale of electricity across an area of 133,000 km2 in the Federal Capital Territory, Niger State, Kogi State and Nassarawa State.

According to the AEDC obituary flier, “It is with a heavy heart that we announce the transition to glory of our beloved colleague and friend, Rakiya Abdullahi, who passed on in the early hours of Thursday, 9th February, 2021.

“Until her death, she was the corporate communications officer for FCT North and West Region, AEDC”.

Her contributions to IBDFM and the Periscope are beyond comment, It calls for posthumous commendations.

May Allah SWT forgive her shortcomings.
May she be granted Jannatul Firdaus.
May Allah SWT bless the family she has left behind and be granted the fortitude to bear the irreparable loss.

Sen Binani Supports 86 Schools In Her Constituency With Instructional Materials