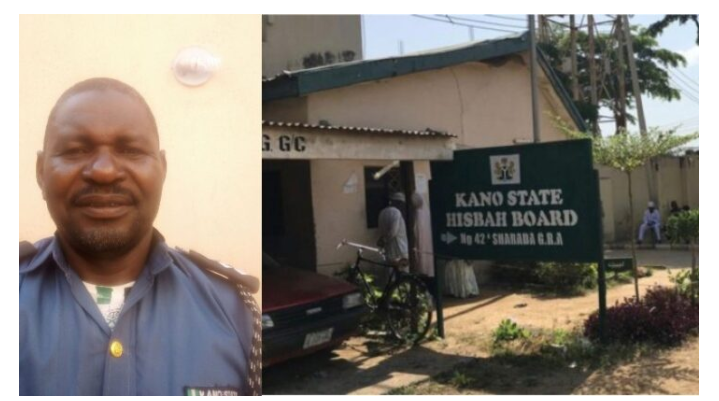 The Kano Hisbah commander, Sani Rimo, who was rumoured to be morally bankrupt, claimed by the decay he was charged to challenge, was eventually caught with a married woman in a hotel room for alleged adultery at Sabon Gari area of the northern commercial city; Kano state.

Freedom Radio Kano reported that Rimo was arrested by policemen from Noman’s Land Division in a dingy hotel room in the red light district of Sabon Gari after the husband of the woman with whom he allegedly had affairs filed complaints.

The Commander-General of Hisbah, Harun Ibn-Sina, confirmed that a five-man committee has been set up and given a 3-day mandate to investigate the matter.

“I have set up an investigative committee and given it a 3-day mandate to submit its report. I also have invited all the parties involved to take their statements.

“Hisbah has its governing laws, and if we found him wanting, we will take decisive action against him within our mandate and in accordance with the law,” he said.

This is coming one week after Kano Hisbah Corps arrested and detained a police inspector for purchasing beer meant for sale and consumption within the state.