Monarchy In Maiha: 7 Yrs After Death, Over 7 Months After Appeal Court Determination, The Stool Still Unoccupied

Some of the previous monarchs have not served up to the period of seven years on the throne... 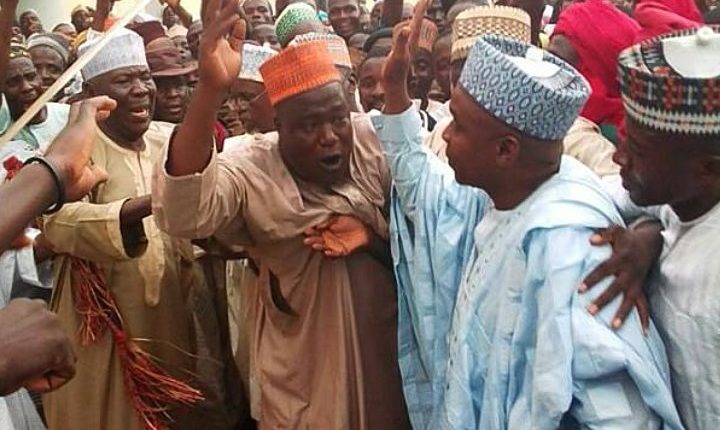 About three years after the high court judgement and over seven months after the determination of the appeal court, the appointment of the district head of Jalingo-Maiha is yet to be approved.

The real people and the legitimate aristocrats of Jalingo-Maiha, who jointly opposed theocratic tyranny, in their community, nurtured by the previous governor against the historical monarchy, remain patiently waiting for the present governor to eventually honour the high court order and to implement the appeal court judgement that cannot be manipulated against the law.

Recall that about two years ago, during his inaugural state council meeting, governor Fintiri of Adamawa state was commended for aknowledgment with dismay, the injustice resulting from the seeming deliberate delay on the side of the government he succeeded, to honour court order by approving the appointment of Barr. Mahmud Abubakar Suleiman as the legitimate district head of Jalingo-Maiha.

It was widely reported that governor Fintiri, who declared non interference in matters or traditional authority, has directed, during the SEC meeting that court order should be honoured, by serving appointment letter to the court declared district head without delay.

It was later reported that the governor was advised otherwise; that the implementation of the high court order be suspended pending the appeal court determination, even though the judgement was not in anyway overruled with stay of execution.

There was renewed jubilation in Jalingo-Maiha with the citizens preparing to welcome their legitimate district head, without anticipating any God-knows-why undue delay.

This is over seven months after appeal court determination and seven years after the demise of the district head, the palace in Jalingo-Maiha still remains vacant.

The sage would tell the Periscope reporter that there was a communication, not long ago, from the governor to the Mubi Emirate Council, directing the Council to act on the court order by recommending the court declared district head for the governor’s approval.

The court has only justified the candidate collectively selected by the Emirate Council and recommended same for the governor’s approval and that whom the former governor unlawfully denied his birthright by appointing a candidate bereft of legitimately monarchical root.

The Emirate Council members, some of whom have not sensed any significance of the action they were directed to carry out as the court order has not spelt out, joining the progressive, forward looking thought others, were said to have overruled any opinion that would suggest any delay in the approval of the district head of Jalingo-Maiha, who will automatically be the Ubandoma Mubi, until,l after the month of Ramathan.

The Emirate Council was said to have recommended to the governor, the name of Barr. Mahmud Abubakar, as the courts, declared, for the approval of appointment as district head.

Some of the previous monarchs of Jalingo-Maiha have not served up to the period of seven years on the throne that the palace remains vacant of a legitimate successor.

Seven years delay is a distortion of history, a destruction of monarchical and moral sensibility and a disappointment as Jalingo-Maiha and indeed Maiha local government remains underdeveloped, lacking government presence in terms of progress and development; neglected, abandoned and forgotten after campaigns and elections.

“The judiciary has long decided the legitimate monarch. She declared the candidate so selected by the Emirate Council and recommended to the governor for approval of appointment over three years ago.

“The problem lies with the executive. Whatever it is that is causing the delay, we shall come to know.

“They went further away from where the eyes could see them to sing along with the birds. They pretended ever singing the love song until few months when she would no longer hide the son sung under the sun, though away from where eyes, other than theirs could see,” the sage would prophesise.