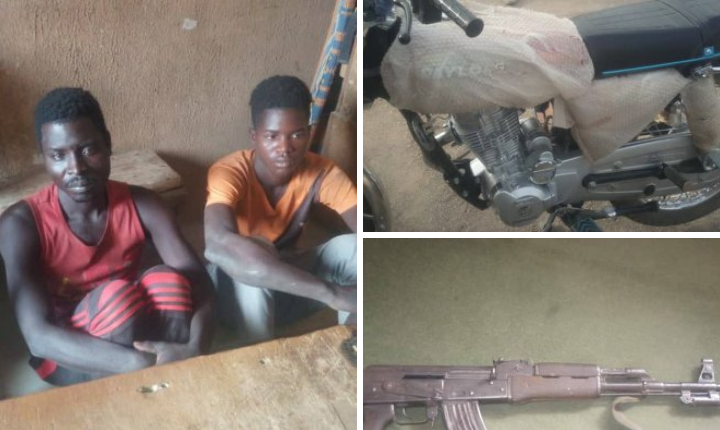 According to the Police Public Relations Officer, DSP Sulaiman Yahaya Nguroje, the suspects whose names were given as Manzo Danladi, 33 years old and Simon Bitrus, 35 years old, both of them residents of Nyibango village, in Mayo-Belwa local government area, Were on Thursday, April 1, 2021, “apprehended at their hideouts in Mayo-Farank village, Mayo-Belwa local government Area, following credible information and intensive search by the police detectives attached Mayo-Belwa Division.

“Investigations so far revealed that the suspects, prior to their arrest, have been mounting roadblocks terrorising travellers, robbing them of their belongings on the highway linking Zing local government area in Taraba state and Mayo-Belwa local governments of Adamawa State.

“The Commissioner of Police, Aliyu Adamu Alhaji, while commending the DPO Mayo-Belwa and his men for making it difficult for these criminals to escape arrest, equally directs discreet investigations into the case for proper prosecution.

“Meanwhile, as part of the police efforts at tackling criminal activities and other related offences, the CP, working in concert to deepen intelligence and strengthen security in the state, has directed the Command’s Anti Robbery Squard and Operation Faruta to go after these criminals everywhere within the State.

“The CP has called on the public to always report any suspicious movement around their neighborhoods to police.