Gov. Fintiri said he'll not interfere in matters relating to traditional institutions, why the District Heads Forum under his watch - Analyst 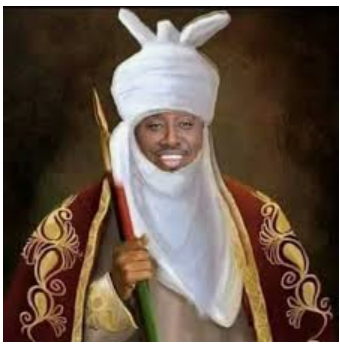 * A diabolic attempt to abuse, debase, desecrate the revered institution and instill acrimony among divers entities

Nasara has in a telephone conversation with Fact Check reporter said, such move is antithetical to peace and capable of creating significant disquiet and bad blood among the diverse people living in the state.

Dan Maje who said it is diabolic to mix traditional institution with politics, called for a change of heart by the government so as to give peace a chance, noting that the Fintiri’s action is obverse to Nigeria’s extant constitutional provisions.

”The state government is trying to introduce a new contraption called the “district head forum,” which is alien to Nigeria’s extant constitution in order to achieve a predetermined agenda of debasing our revered traditional institution.

”This plot is an attempt at abusing, debasing and desecrating the revered institution. It is also an attempt to cause implosion, unrest and disharmony among the diverse peoples of Adamawa State.

“It is an I’ll wind that blows no good. We will work against it because it is obverse to Nigeria’s laws and even against the spirit of communal harmony. It is clearly done to whittle down and bastardize the traditional institution by some politicians who want to desecrate it for self serving ends,” Dan Maje said.

When reminded that the Nigerian constitution has given people the leeway to form groups and associations to promote their interest in democratic setting, Nasara said, Nigeria’s constitution is against the formation of any group or association that will promote mischief and disunity.

“The Nigerian constitution has provided room for people to form associations and groups, if these associations will not promote disunity, mischief and misunderstanding among the people.

”So as far as we are concerned, the forum is dead on arrival as it is clearly a move to set the traditional institution on collision course and we will not allow such unconstitutional antics to thrive whoever is behind its formation,” he said.

Yunusa Abubakar, a social commentator, in more of an expostulation articulated that “Governor Fintiri of Adamawa state is commended for saying that he’ll not interfere in matters relating to traditional institutions, why the District Heads Forum under his watch?

“The aristocrats from Maiha local government have jointly answered their people’s calls and have sent their message to the governor through the Honourable Chairman of Maiha local council, seeking to know the reason for the seeming executive injustice that Jalingo-Maiha district palace is vacant for over seven years, even after the High Court order for the approval of the appointment of the legitimate district head nearly three years ago and the Appeal Court determination, which upheld the High Court judgement over seven months ago”.

Efforts to speak with governor Fintiri’s press secretary, Humwhashi Wonosikou on the issue proved abortive as calls directed to his phone were not connecting.

Similarly, a Whatapp message to his line was not responded to as at the time of going to press.