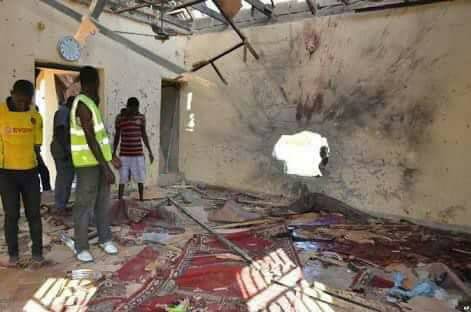 Madinah Quarters of Arahan Kunu area in Mubi local government of Adamawa State, Nigeria.
The area is mostly occupied by Shuwa Arabs among other inhabitants.
The Mosque in the area was attacked at about 5:00am today by terrorist(s); a suspected, perhaps hypnotised teenage suicide bomber on, heretic mission; taking advantage of the impressive number of devoted faithful, observing Subhi prayer in a Mosque, detonated what is believed be an explosive device. About 20 feared dead, with scores of an overwhelming injured casualties, who are rushed to Mubi General Hospital.
Now that FMC Yola has a medical outreach centre in Hong cottage Hospital, major casualties could be referred to the health facility owing to proximity. 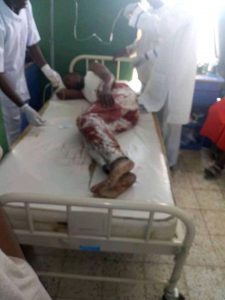 Members of the public are called upon to be security conscious especially, at the worshiping places, the market area, motor parks and other social gathering areas.
Meanwhile, Governor Bindow of Adamawa State has commiserated with the people of Mubi over the gruesome incidence. Peace!