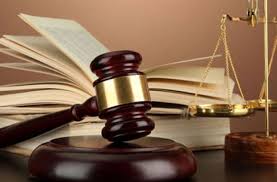 According to Malama Rukayya Musa, mother of the Victim on Monday morning 27th August 2018, the suspect who is their neighbour lured her daughter into his room and dipped his finger into the private part of the child while she was busy in the kitchen.

She added that upon realizing the absence of Saadatu (victim) she search around but to no avail and later saw her coming from outside and she confessed to her that she was in the Alhajis room all while.

Malama Rukayya Musa further said that later in the day, when she was bathing the child she discovered stain of blood in her private part and immediately rushed the child to Primary Health care Centre in Yola where Vaginal examination was carried out and confirmed that Cervix open was done with a tip of finger.

She stated that when it was medically confirmed of the development she took the matter to Centre for Women and Adolescent Empowerment, Yola to seek for redress.

On her part, the Desk officer, Human Rights of the Centre for Women and Adolescent Empowerment Yola, Ms Nuwama Ishaku said the mother of the victim Malama Rukayya Musa who reside at Fattude Galadima in Yola town with the suspect had on Monday 3th September 2018 approached the Centre over the issue.

Ms Ishaku added that as part of the Centres activities to ensure justice is done to all people whose rights were violated lodged the complained at the Police Divisional headquarters Wuro-Hausa Yola town for prosecution.

When the case came up for hearing, the accused Mohammed Aliyu alias Alhaji pleaded not guilty to the charges and the Prosecutor Insp. Abdullahi Abubakar requested for adjournment saying the case is still under investigation.

The presiding judge, Chief magistrate Vicky Jonnah then adjourned the case for continuation to 9th October, 2018.

Commenting on the matter, Desk officer, Human Rights, Centre for Women and Adolescent Empowerment, Yola Nuwama Ishaku said she was optimistic that justice will be done to the case.