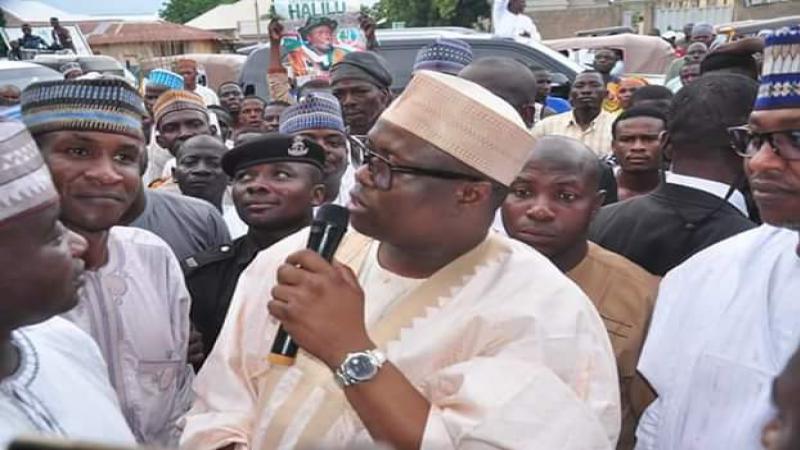 He was simply a philanthropist, with the mind at its minimum, of a social welfare and humanitarian face.

His sister was said to have been approached, having been seen fit to be a worthy representative, to convince her brother for a dedicated delegated task without any disappointment.

He made consultations for the invited task. He was said to be given the blessings by family, friends and the led who found him worthy for the mandate.

Having been made set for the assignment, it turned out to be a game played only by a deception personified, an administrator of liars, the like never bred in the state and never to ever be prayed for.

The deception personified, was said to have lay similar lies to lieutenants and the political tenants without any notice from the landlords.

The man with the humanitarian mind, was said to have simply communicated to the landlords, the humiliation out of the seeming demented, if pathological deception, having been told, as Joseph K in Franz Kafka’s would, having waited for a long time, that now “you cannot enter,” for lacking a space, not even to squat.

“Sorry! There’s no vacancy for you for representation anymore. However, you can takeover from me after the second chance, my last tenure.”

Someone was reported to have been told that the description personified, responded to the man who acted upon the skillful deception.

The landlords, someone who was reported to have been told, was heard as saying that the price for the deceit, would be to protect the state from being turned to republic of liars so that the citizens would not be contemplating on whether or not they were infected with the defective memory disorder. Apology to Wole Soyinka.

The humanitarian minded was challenged for the task he was assessed to be capable of carrying out.

This is just but introduction rather anecdotally.

A citizen, a graduate of computer science, has nursed a dream from kindergarten days that he would be a pilot. In fact, his friends, as he was gradually growing and academically progressing, began addressing him as pilot.

To actualise his dream, an elder statesman led him to the governor of Adamawa state.

“This is a worthy dream we must help translate to reality for the benefit of our state,” the governor was reported to have assured.

Behold, the citizen was asked by a man of wisdom, for being a graduate of computer science, whether or not he knew what “digital” was being referred to in the state. He was told to cast for influential help.

Another gubernatorial aspirant in the state, who was thought to he in tandem with the system, when approached to press a bottom for an analogue, digital or any means of sponsorship response. The politician was said to have simply told the citizen that since the citizen has brothers abroad, why should he enjoy what a citizen ought to benefit from the state. It was really an amazing response. I only hope the politician will read this piece.

The computer scientists, was then led by a worthy religious leader, to Mahmood, a man who understood the impact of a pilot to the state. Mahmood then, was not even contemplating on joining politics.

Mahmood was said to have simply sought to know the cost of the entire aviation program. Having been furnished, Modi didn’t merely made the promise of making a way for government sponsorship, Mahmood made the proactive move typical of the Modi who wasn’t moody, which instantly changed the mood of Muhammad, the orphan son of a late Modibbo by putting the bill of the aviation training that would produce another pilot of Adamawa origin.

Mahmood was recorded to have intervened in bringing succour to the needy in terms of education, healthcare, employment schemes and other too numerous to mention interventions.

One of the health interventions he was said to be jointly executing with his sister Aisha the wife of President Muhammadu Buhari, as a corporate social responsibility, was the facilitation of the construction and equipping of what would be an extension of Obstetrics and gynecology department with hi-tech facilities befitting of world-class standard teaching hospital at the Federal Medical Centre, Yola.

These are real not deception.

Giving the opportunity to serve as governor, not only training a pilot but sponsoring Adamawa indigenes to study different fields and professions, creating empowerment and employment opportunities, reviving dysfunctional healthcare system and the educational rot, in addition to bringing life rather than lies into the public service by motivating the workforce rather than frustrating same with the fantastic refusal to pay salaries and other arrears of entitlements. Indigenous contractors would be carried along as well as much as the pensioners would be paid their entitlements.

To get Adamawa out of the maze, Modi has the answer, as much as he challenged the to have been impunity in the electoral system Sunday in Adamawa.

Delegates who were being bribed for the gubernatorial primaries in Adamawa Thursday, should know that the state public servants are yet to receive the salary for the month of September and several other months.