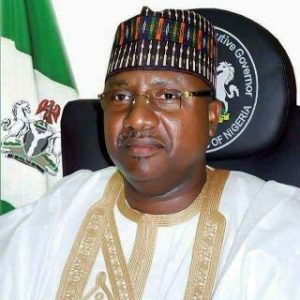 Governor Bindow has on Wednesday, received the INEC clearance form to participate in the 2019 gubernatorial race under the APC.

The clearance was also signed by Hon. Sadiq Ibrahim Dasin member house of representatives representing Furore and Song local government areas of Adamawa state, as one of governor Bindow’s sponsors.

This brought to an end the alleged clash of interests and the registered grievances on the irregularities in the conduct of APC gubernatorial primaries in Adamawa.

Whether or not Dr. Mahmood Halilu Ahmad Modi one with the spirit of welfarism and Malam Nuhu Ribadu the anti corruption tsar, with their teeming supporters, would consider backing Bindow for the 2019 even though the resolution was not to their favour, would take another story.

Meanwhile, the APC’s Muhammad Umar Jibrilla Bindow the incumbent governor would be in the race with ADC’s Abdulaziz Nyako who was said to have got the key to the solution of unemployment, youth and women empowerment through skills acquisition schemes and the aged by means of social welfare intervention scheme, PDP’s Ahmadu Fintiri known by the civil servants with Adamawa state as simply “the ATM of our time” and SDP’s Emmanuel Bello as the major challengers.

Hon. Emmanuel Bello was said to have hailed from the central senatorial zone

While Hon. Ahmadu Fintiri and governor Bindow Jibrilla were from the northern senatorial zone of Adamawa state.

It would be a titanic gubernatorial race to dougirei hill.

Bindow would not want to leave a record of being the first governor that run for only one tenure while others would insist against reducing the state into a republic of lies and deceit.