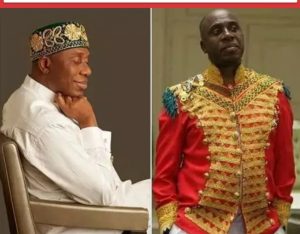 The minister of transportation, Rotimi Amaechi, has escaped yet another tragedy while driving to Lagos after an inspection on Tuesday night (yesterday).

It was gathered that the former governor of Rivers state, embarked on the monthly inspection of Lagos/Ibadan Railway Modernization Project which ended at about 8:30pm.

While going back to Lagos, along Abeokuta road, the car which had a faulty brake started overheating with the oil leaking – as the minister’s car was parked along the road before his aides attended to it. The minister had to enter another vehicle.

This latest incident is coming just two days after the minister and other passengers had a terrible experience during a flight from Port-Harcourt, Rivers state capital to Lagos (on Sunday).

It was gathered that the flight via Arik airline experienced a two hour turbulence mid-air, leaving the passengers frightened and in panic as they engaged in serious prayers and praise worship aboard the plane.