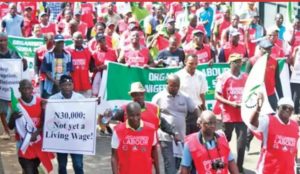 The National Industrial Court of Nigeria in Abuja Monday, rejected a request for a fresh order stopping the organised labour from embarking on its planned indefinite strike scheduled to commence Tuesday.

The court presided over by Justice Sanusi Kado also refused to grant a prayer for an order to compel the government to immediately commence the process of adopting N30,000 as the new national minimum wage.

Justice Kado said it would be unnecessary to make another order stopping labour from embarking on the planned strike having earlier made a similar one in a case brought to the court by the Federal Government last Friday.

The Federal Government had filed its suit following the threat by the organised labour, comprising the National Labour Congress, the Trade Union Congress, and the United Labour Congress, to embark on strike if its demand for increase in the national minimum wage from N18,000 to N30,000 was not met. 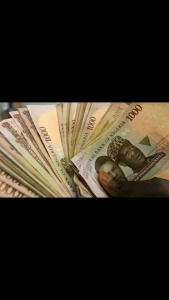 Contrary to the labour’s demand, the Federal Government said it could only pay N24,000 as minimum wage and the state governors under the aegis of the Nigerian Governors’ Forum, had stuck to N22,500.

The lingering dispute between government and the labour prompted the Federal Government to seek and obtain the court order stopping the strike last Friday.

But the fresh ex parte application seeking to stop labour from embarking on the strike and to also compel government to commence the process of paying the N30,000 minimum wage was filed by a civil society group, Kingdom Human Rights Foundation International.

The group’s lawyer, Mr. Okere Nnamdi, at the Monday’s proceedings, informed the court that he had filed his client’s ex parte motion alongside other processes on November 1.

He urged the court to grant the prayers, including the one seeking an order of substituted service of the court processes on the governors joined as the 10th to the 45th defendants in the suit.

But the judge immediately cut in, asking the lawyer if it would still be necessary to proceed to hear the application, in view of the Friday’s order made by the same court.

Okere conceded that he was aware of the order made by the judge on Friday.

But he insisted that his ex parte motion was different from that of the Federal Government, save for the prayer seeking an order stopping the planned strike, which is contained in both applications.

He said two prayers contained in his motion seeking an order of substituted service of the court processes filed in the case on the 36 state governors and the one seeking an order compelling the federal and state governments to commence the process of paying the N30,000 minimum wage differentiated his motion from that of the Federal Government.

Responding, Justice Kado said an order of interim injunction could only be granted if there was an urgency, there was the need to preserve the subject matter of the dispute and the defendants could not be served.

The judge noted that the court having, on Friday, granted an order stopping the strike, it was no longer any form of urgency in the matter, and as such, it was not necessary to compel the government to start the process of adopting the N30,000 as the new national minimum wage.

Following the judge’s explanation, the plaintiff’s lawyer applied to withdraw two of the prayers having to do with the request for an order stopping the planned strike and the other seeking to compel the government to pay N30,000.