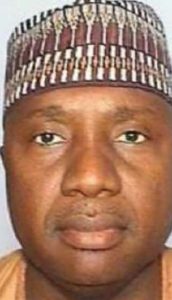 Adamawa state debt profile would jump from N69.7 billion to N75billion with the approval of a loan request by the state house of assembly, Wednesday, to the executive arm of government.

The House approval followed a resolution passed by the lawmakers to ensure strick supervision of the funds after being released to the state government.

The approval of the latest loan followed a request sent to the state house of assembly by Governor Muhammadu Umaru Jibirilla and read on the floor of the House by the Speaker Kabiru Mijinyawa during Wednesday’s plenary session.

After thorough deliberation on the request, Majority Leader, Hassan Mamman Barguma, moved a motion for the approval of the loan request by Deputy Leader, Abubakar Isa (Shelleng), after which the Speaker, Kabiru Mijinyawa, subjected the motion to voice vote which got the unanimous approval of the assembly.

Thereafter, Speaker Kabiru Mijinyawa directed the clerk of the House to communicate the resolution to the executive for further action.

An exclusive investigative piece earlier written by the Newshawk, has revealed that Adamawa debt portfolio under the administration of governor Muhammadu Umaru Jibrilla Bindow has jumped from N35.75 billion to N69.7 billion Naira between 2015 to 2018 which jumps to N75 billion with today’s approval of another N5bilion loan and another one loan of N250 million granted to the state government, by the assembly, two days ago.

The amount translates to a staggering sum of N40 billion debt secured under the current administration which is more than thrice the debt portfolio left behind by governor Murtala Nyako after his seven year stint.

While superintending the affairs of the state after the removal of Nyako, the then acting governor of Adamawa state, Ahmadu Umaru Fintiri has in a world press conference 2014 accused governor Murtala Nyako of leaving a whooping debt to the tune of N12.5 billion behind.

But a report by the Nigeria Extractive Industries Transparency Initiative NEITI in 2014, indicated that the state owed the sum of N15 billion as at the time governor Nyako was impeached.

In between the time Nyako was impeached on July 15, 2014 and May 28, 2015 when governor Umaru Jibrilla was sworn in, the debt portfolio of the state shot to N35.75 billion meaning that that the duo of Ahmadu Umaru Fintiri and Bala Nggilari have secured more than N20 billion loan in less than a year.

Three years after, the state debt portfolio rose exponentially to N69.7 billion according to a database provided by the Debt Management Office, (DMO) and now to N76 billion with the approval of the latest loan request by the state house of assembly.

The N76 billion loan was obtained despite the receipt of Paris refund to the tune of N18 billion paid to the state in three tranches and despite an IGR base of about N18 billion in the period under review.