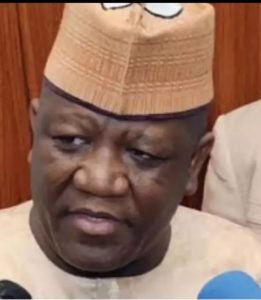 State governors Wednesday rose from their meeting in Abuja and restated their inability to pay the N30,000 new minimum wage recommended by the National Minimum Wage Committee set up by President Muhammadu Buhari to review the N18,000 figure, which organised labour said had become inadequate and legally outdated.

They said the states would go bankrupt if forced to pay the new wage, warning that it might lead to retrenchment of workers.

In the alternative, they proposed that the federal government shed some of its revenue in favour of the states so they could be able to absorb the financial implication of the impending increased wage bill.

But labour would have none of it as it said last night that any governor, who could not afford the new figure, should resign or risk an industrial action

The, governors have therefore, resolved to raise a fresh committee to meet with President Muhammadu Buhari over the issue.

The members of the committee to meet with Buhari over the issue are governors of Lagos, Kebbi, Plateau, Bauchi, Akwa Ibom, Ebonyi, Enugu, and Kaduna.

Abdulaziz Yari, governor of Zamfara state and chairman of the NGF, said it is impossible to implement the N30,000 minimum wage without downsizing the workforce all over the country.

He added that the only alternative to paying the N30,000 minimum wage was for the federal government to accede to the review of the national revenue allocation formula.

“We have seen what has been presented to the president by the committee, as a member of the committee Kebbi governor said the committee did not take our submission of N22,500 because it came late,” he said.

“I am surprised how you can do this without the input of the states, because the states are the key stakeholders in this business. So a situation whereby our report is not taken or considered by the tripartite committee to present to the president then I don’t know how the committee want us to work.

Yari also justified the affluence of governors, saying it is compulsory.

“As Nigerians we should look at the issue seriously. While other people are saying that governors are flying private jet and living in affluence, that one is not luxury but compulsory,” he said.

“The issue of government overhead cost if you put it together with personnel cost, it cannot solve this problem. Like Lagos that is paying about N7 billion as salaries if you say it should pay N30,000, now it wiĺl be N13 billion. From our calculation, it is only Lagos state that will be able to pay N30,000. As Nigerians, this is our country, there is no other country we have and we should be fair to this country.”

Asked the way forward, Yari said, “As for the way forward, we will continue to talk with labour, let them see reasons why governors have difficulties. Some of us have internally generated revenue (IGR). For instance, the money Lagos state is using to pay is not coming from Abuja. They have a way of getting their money from the IGR and that is why they can afford to pay. They get money through VAT.

“Apart from Lagos, even Rivers cannot afford to pay. So we have been crying out about this since 2011 but no one will listen. One critical example is that some state ration their salaries while some other put everything they earn on the table and ask labour to come and see and they ask them to suggest how much should go for capital and personnel cost. 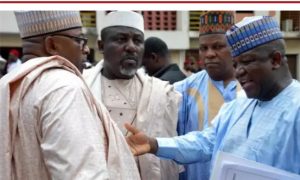 “Some say 70 percent for personnel cost and 30 percent for capital projects and yet the states cannot pay and they put the remaining as outstanding.

“We should not exploit this matter further we are leaders today, tomorrow others will be there. So let us look at this matter seriously to see how we can do it properly. It is our primary responsibility to see that everybody is happy.”

The Nigeria Labour Congress (NLC) has insisted on N30,000, rejecting an earlier proposal of N24,000 by the federal government and N22,500 by states. Retrenchment would also not be entertained.