Key members of the opposition People’s Democratic Party (PDP), including ex-governors Boni Haruna, Bala James Nggilari and a frontline gubernatorial aspirant in the just concluded party primaries, Ambassador Jamil Waziri, may defect to the ruling All Progressives Congress (APC), or will remain non committal towards the victory of the party in 2019, reports have indicated.

Both Nggilari and Waziri were defeated by ex acting governor of the state, Ahmadu Umaru Fintiri who emerged the torchbearer of the party, after thrashing other opponents with a wide margin during the party primaries.

Our source noted that the recent defection of the former deputy governor of the state, Saad MC Tahir who served as Nggilari’s deputy, was a pointer to the mindset of his former boss, considering the convivial relations and trust that exists between the two politicians.

Nggilari and Fintiri who hail from Madagali local government area of the state, were known sworn enemies in Adamawa political circle as they don’t see eye-to-eye because of the lingering and intractable political acrimony between the two politicians.

The political rumpus between the duo which started over the control of the political soul of Madagali local government, reached its crescendo when Fintiri who was the then speaker of Adamawa State house of assembly in 2014, valiantly superintended the impeachment of both ex-governor Murtala Nyako and his deputy, Bala James Nggilari, and cornered the ultimate prize of the state’s plum job.

But in a twist of fate, the table turned against Fintiri when Nggilari won a court case he instituted against Fintiri over the barefaced circumvention of the extant laws of Nigeria which enabled him to successfully impeach him alongside his boss.

Our source who is also an influential stakeholder of the PDP confided in our reporter that Nggilari will never support Fintiri for the expediency of party affiliation adding that based on interplay of political forces, and the mood of the Nggilari’s camp, the ex-governor may likely defect to the ruling party any moment so as to help Fintiri’s adversaries to defeat him come 2019 general polls or at worst remain non committal to the victory of the party come 2019 general polls. 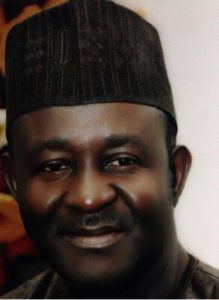 Nggilari, our source further added will mete perfidy on the PDP because of the way the party humiliated him in the build-up to 2015 general polls when it imposed Ribadu against him even though he was the sitting governor.

“Nggilari was seriously humiliated in the build-up to the 2015 general polls when the party imposed Ribadu on the party as its candidate even though Nggilari was the sitting governor,” our source noted.

The source also disclosed that, ex-governor Boni Haruna on his part, is also mulling to leave the PDP after the emergence of ex Vice President Atiku Abubakar as the presidential torchbearer of the party, at its last presidential primaries.

Boni and Atiku have enjoyed cordial relationship when the duo served as governor of Adamawa State and Vice President of the Federal Republic of Nigeria respectively.

But relations between the two politicians turned frosty shortly after they left office as the ex Vice President for whom the ex governor made tremendous sacrifices left him in the lurch.

Atiku allegedly capitalized on the tremendous loyalty and goodwill he enjoyed from Boni to milk Adamawa state dry as their reign in offices lasted. But despite granting him unassailable access to the state coffers, as speculated during his eight year as governor, Atiku failed to come to his aide after he became financially incapacitated. This perfidy allegedly set the tone for the unending recriminations between the two politicians. Our source noted that right now, Boni is standing on the face meditating his next line of action to either to shift tent with APC or to remain in the PDP but lent his support to APC come 2019 general polls.

On his part, Waziri may be angling for a stake in the ruling party because of the fact that after his victory at the party primaries, Fintiri was alleged not to extend a hand of fellowship to him.

A close associate of the politician Barr Joshua Wugira said he was not privy to any arrangement for the defection of Waziri to APC but added that the development may not be wished away because of the fact that Fintiri has failed to extend hand of fellowship to Waziri.

“I can tell you that since his victory at the party primaries, Fintiri did not deemed it honourable to either extend a hand of fellowship to Waziri or to carry him along in the scheme of his campaign arrangement.

“Even though Waziri has not categorically made any statement in respect of the situation, some of us will not accord Fintiri our support in the build up to the 2019 general polls,” he said.

When contacted, an associate of Waziri and Nggilari, Mr. PP Elisha who served as a media aide to Nggilari and equally served as the secretary of Waziri campaign organization via SMS told our reporter that the two politicians will not defect out of PDP but added that they may remain nonchalant to the victory of PDP because they have not been given due attention.