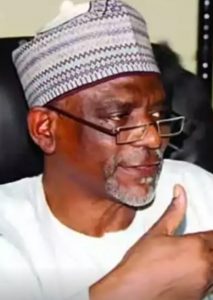 7 Lecturers in different tertiary institutions across the country have berated the Federal Government for the creation of new higher institutions in the face of poor funding of the existing ones.

But a former Head of Department, Foreign Languages, University of Benin, Dr Ngozi Iloh, said it was wrong to keep creating new institutions when the existing ones were grossly underfunded. Iloh, a former National Welfare Officer of Academic Staff Union of Universities, said the creation of new schools was politically motivated.

She said, “I do not know whether to say those in position of authorities have gone crazy. Currently, ASUU is on strike because of poor funding; yet they are approving the establishment of more universities; this is very ridiculous. The existing tertiary institutions are not funded.

“I see the development as politically motivated. Today, when a president or vice-president is elected, the next day, they want to site a university in his community; it is not the proper thing to do. If you are establishing a higher institution, you must be ready to fund it.”

“Unfortunately, some of the institutions already on the ground do not have the facilities to operate smoothly. For instance, there is hardly enough accommodation for students and lecturers in universities.

“I think the new creation is largely politically motivated, which is not helping matters. Government should properly equip the existing universities.”

“Holistically, the educational system has been bastardised. The idea of establishing more tertiary institutions, in the face of these obvious neglects, should be jettisoned, at least for now.

“What the government should focus on is to fund the already existing institutions and bring them back to standards,” Ileleji said.