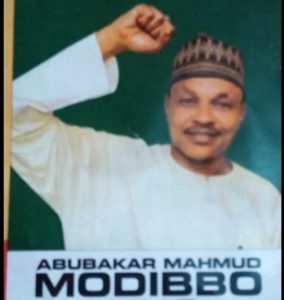 Abubakar Mahmud Moddibo, the candidate of Freedom and Justice Party (FJP) for Yola North House of Assembly said he has what it takes to eradicate the problem of violent gangs terrorizing the state capital if elected in 2019.

Modibbo who spoke to newsmen in Yola said, he also has the solution to indiscriminate dumping of refuse in the metropolis.

Modibbo said the problem of violent gangs known as “Yan Shila” in the state capital was caused by lack of unemployment and drug addiction.

The candidate said that he would introduce waste recycling programme and other empowerment schemes to keep the youths busy, adding that sensitisation programmes against dangers of drugs would also be supported in collaboration with relevant agencies such as NDLEA.

Moddibo said current lawmakers, mostly members of APC and PDP who dominated the state assembly, had failed the people and needed to be replaced by candidates from smaller parties whose commitment to contest havls to do with selfless service.

“The electorates need to avoid candidates of major political parties like APC and PDP who spent huge amount of money to buy forms and campaign; such candidates are in politics to make money.

“We saw how many of them wasted the past three years in the assembly without giving their constituencies the needed quality representation. They are just rubber stamp,” Moddibo said.