Gov. Dankwambo’s award worthy legacy
The Periscope’s report on Gombe at 20 and beyond 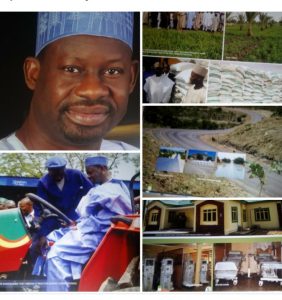 The northeast governors were said to have been in solidarity with governor Dankwamdo, celebrating the 20 years anniversary with the creation of Gombe state, the jewel of the region, having a six-star governor.

What the PERISCOPE has found remarkable with the people of the Jewel in the Savannah, was that opposition, mutual antagonism and any form of action tantamount to disunity, terminated after election; they would be united in the projects for progress, prospect and development, so unlike the Adamawa experience.

Irrespective of party affiliation, once a government is formed with the swearing in, every politician would be a stakeholder in the decision of the how and what would bring progress and development to the state, typical of an all inclusive government.

Little wonder the leadership is seen to be upholding the culture of continuity in Gombe without having had the previous leadership being sent to the eagle eye’s net, as have been the experiences in Adamawa state.

You should not also ask why Governor Dankwambo was pencilled for the PERISCOPE’S 2016 and 2017 Leadership Award of Excellence as the best governor in the northeast. At the inception of his administration, governor Dankwambo was said to have constituted 12 non-partisan committees of experts, opinion leaders and stakeholders to review the major sectors of government, identify problems and made recommendations on the way forward.

Dankwambo was also said to have undertaken a constituency tour, where the people presented their needs to the government, which were streamlined into an action plan that guided his programmes and projects for prospects. 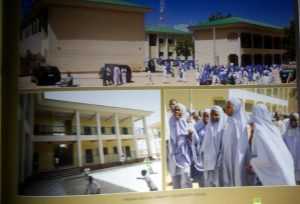 To be able to absorb the growing number of candidates eligible for placement in postsecondary schools, Dankwambo established 5 tertiary institutions namely; State Polytechnic Bajoga, College for Legal and Islam Studies Nafada, the Remedial Studies College for girls at Daban Fulani and the College of Education, Billiri.

Dankwambo held tenacious, the belief that investment in human capital was the best of all investments and that the beneficiaries would be top-class scholars, professionals and businessmen who would straddle the global arena and bring benefits home. 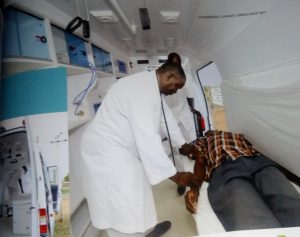 In the health sector, new hospitals were constructed and the existing ones were renovated. Gombe Urban Maternity was also upgraded into a hospital for women and children. Primary Healthcare Agency was established, College of Nursing and Midwifery Dukku was constructed and Gombe State University (GSU) was supported to create a Medical and Pharmaceutical Faculty. 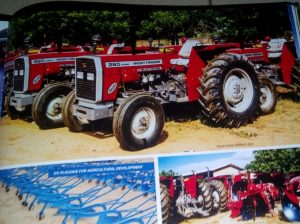 In the agricultural sector, 225 brand-new tractors, 8,000 water pumps for irrigation and 110,000 tons of fertilisers, which were sold to farmers at subsidised rates, were procured.

To give further impetus to this sector, Dankwambo was said to have disbursed the sum of N600m as Gombe State Revolving Agricultural Fund to increase access to credit for the benefit of indigenes in revamping farming. 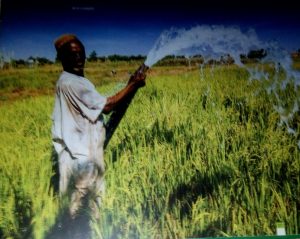 Improvement in yield and expansion with new innovations are observed to be unprecedented and continuing. 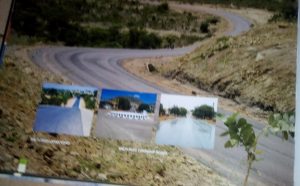 These were in addition to the 280kms of roads, 51 kilometres of roads have been provided with street lights. Bridges were also constructed, which include the six-span Kuri Bridge to connect communities that were hitherto cut-off. 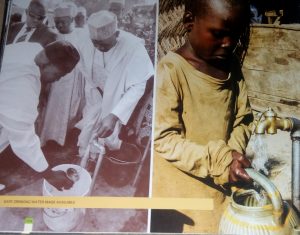 Water pipelines were said not to have only been replaced but also extended reticulation to serve the needs of the greater Gombe. This is in addition to extending the water scheme to kwami, Gadam, Bojude, Tappai and Kom Fulata, to the north. It was extended to the Gombe International Airport to the west.

Governor Dankwambo’s intervention in other socio-economic infrastructures like the Gombe Airport, roads and street lighting, have reduced travel time and opened up the hitherto remote communities. These have enhanced security and increased business hours, therefore, stimulating economic activities in the rural areas.

It could be recalled that on assumption of office in 2011, Dankwambo acted promptly in proscribing Kalare insurgency and sought ways of challenging the energies of the youth to meaningful socio-economic activities through re-orientation and skills acquisition programmes.

The effort was indeed worthy as it has become a life-changing experience for the affected youths and a source of succour for their parents and the society at large.

All the youth that went through the training programme could be seen to be productively engaged by the government as Traffic Marshals, the Ward Marshals and/or Environmental Marshals. The question of “Kafanka Jarinka” nuance that distracted official engagements become a history in the Jewel of the region.

Come to think of it. But with this kind of initiative, what could have been the position of the Kalare gangs in the light of the Boko Haram upsurge in the north-east? The Periscope Global says Kudos to Dankwambo indeed. 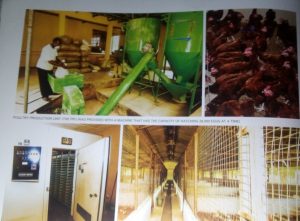 Additionally, four new skills acquisition centres were established. 3,000 youths were drilled on different skills such as welding, Plaster Of Paris (POP), solar and renewable energy technology and the laying of tiles among others. Other participants are currently on training.

In partnership with the UNDP, over 48 indigenous Master Trainers have been trained. They would in turn train over 600 youths in welding and metal fabrication, aluminium fabrication, GSM repair computer operations and carpentry.

Dankwambo’s government has also trained and provided assorted resettlement tools to 4,846 women in various trades all with N50, 000 each. It has also disbursed over N25m to 234 registered women societies.

In his desire to enhance economic activities in the state, governor Dankwambo has signed a Memorandum of Understanding (MoU) with the Bank of Industry to disburse N1.0b to 100 cooperative groups to facilitate the development of Micro, Small and Medium Enterprise (MSMEs) in the Agricultural and Solid Minerals Sector. Thus over 40,000 direct jobs and 120, 000 indirect jobs were being created.

In the same vein, Dankwambo’s government has partnered with JAIZ Bank and disbursed the sum of over N750m to over 2,065 traders.

Over the years, Gombe State has faced a number of challenges that have no doubt slowed down the pace of its development. These include dwindling revenues accruing to government and the effect of the security challenges in the north-eastern region of the country in the recent past.

Although, technically, not a theatre of war, Gombe state became a victim to some sporadic explosions and incursions by Boko Haram that led to tragic losses of lives. The state has also hosted thousands of internally displaced persons (IDPs) from the neighbouring states of Borno, Adamawa and Yobe. These among others, have contributed in lowering the trajectory of development Gombe would have rapidly enjoyed. 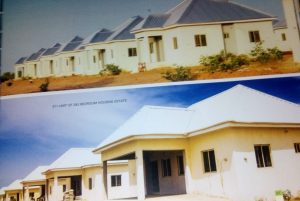 To be able to combat this menace and ensure the security of lives and property of his citizens, governor Dankwambo has provided logistics to security agencies; these include vehicles, communication equipment and allowances. Additionally, the state government established camps for IDPs and paid house rents to enable the majority of the displaced persons integrate with the host community.

The insecurity is now becoming a history, the food security has improved greatly and Gombe under Dankwambo has attracted investors as much as he has setting a herculean challenge for a successor.

These are some of the achievements that endeared the screening community of the PERISCOPE Merit Award to approve the endorsement of HE Ibrahim Hassan Dankwambo, Ph.D (Talban Gombe) the Governor of Gombe State as the 2016 and 2017 Best Governor in the Northeast and a nominee for the 2018 productivity award