* Atiku will not make any call to concede defeat – PDP

* It’ll be a harvest day to lawyers, newsmen, others – Literary critic 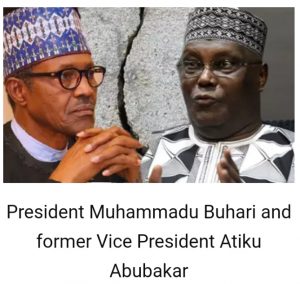 The ACF has also called on the president elect, Muhammad Buhari “to ensure that the new administration keeps to its promise of strengthening our unity and inclusiveness in government, so that no section or group is left behind or left out”.

In a statement issued in Kaduna Wednesday morning, the ACF congratulated president Buhari for his victory at the polls, adding that his re-election has “signaled a new regime in our democratic process.”

The statement, signed by the publicity secretary of the forum, Muhammed Biu noted that “the 2019 Presidential election is another milestone in the nation’s election history in view of the keen contest between the two major contenders in the persons of President Muhammadu Buhari, GCFR of All Progressive Congress (APC) and Alhaji Atiku Abubakar, GCON of the People’s Democratic Party (PDP).

“The successful conclusion of this election despite some of the ugly incidences witnessed in some parts of country in terms of ballot box snatching, killings, security challenges and other logistic problems, Nigerians have clearly demonstrated their resolve to move forward and consolidate the gains of multiparty democracy.

“Arewa Consultative Forum (ACF), therefore, congratulates all Nigerians for their resilience, commitment and courage in exercising their civic responsibility amid challenges that are natural concomitant of such tasks and responsibilities.

“ACF equally congratulates President Muhammadu Buhari on his re-election as the President of the Federal Republic of Nigeria in the just concluded 2019 Presidential election.

“Of equal importance, the ACF salutes the courage of Alhaji Atiku Abubakar for putting up a gallantry (sic) fight with an impressive performance in the presidential elections.

“The forum calls on Alhaji Atiku Abubakar of PDP as a committed democrat, who cherishes peaceful democratic transition to accept the will of the people, concede defeat and congratulate President Buhari on his well deserved victory at the just concluded elections, especially as there are credible evidence that the elections have been generally peaceful, free and fair.

Such concession on the part of the main challenger would be in the overall interest of Nigeria and place him among global democrats” it added.

However, The Peoples Democratic Party (PDP) has said its presidential candidate, Atiku Abubakar will not concede Saturday presidential election to President Muhammadu Buhari the All Progressives Congress (APC) candidate just as it said that the party has started collating evidence to challenge the results being announced by INEC

An electorate who is simply called Ignatius from Awka Anambra state revealed to the Periscope Global reporting politics that Atiku was not consulting ACF for a headway hence the latter has not business advising him since he was humiliated with votes in Awrewa.

Ignatius was blunt in saying that ACF should rather advice PMB. No amount of articulation calculated to persuade the Atikulated, would dissuade the PDP resolve to challenge the election irregularities before the electoral tribunal.

A literary critic argued that it would be a harvest day to lawyers, newsmen and social media group against the PMB led government.