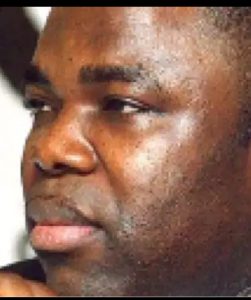 The EFCC further alleged that Ayeni received N3.75bn in cash from the same account the following year.

The allegations are part of the 10 fraud charges filed against Ayeni and three others before a Federal High Court in Abuja.

The suit is separate from the N4.75bn and $5m fraud charge Ayeni and a former Managing Director of the bank, Timothy Oguntayo, are facing before Justice Nnamdi Dimgba of a Federal High Court.

According to a charge sheet marked FHC/Abuja/CR/37/2019 which was obtained by our correspondent, Ayeni, Oguntayo, Control Dredging Company Limited and Royaltex Paramount Ventures Limited allegedly laundered over N23bn between 2014 and 2015.

The EFCC alleged that on December 24, 2014, Ayeni, while being chairman of the board of Skye Bank, transferred N3bn from the account of the defunct Skye Bank’s Suspense Account to a First City Monument Bank account with number 0758662025 belonging to Control Dredging Company Limited, another company owned by Ayeni.

The commission alleged that the act was in contravention of Section 18(a) of the Money Laundering (Prohibition) Act, 2011 which is punishable under Section 15 of the same Act.

The anti-graft agency further alleged that Ayeni and Oguntayo conspired with others on March 25, 2015 to transfer the sum of N1.25bn from the Suspense Account of Skye Bank to the Skye Bank account of Royaltex Paramount Ventures Limited, another company owned by Ayeni.

One of the charges read, “That you, Tunde Ayeni, whilst being the Chairman, Board of Directors of the defunct Skye Bank Plc between January 1, 2014 and December 31, 2014 at Abuja within the jurisdiction of this honourable court, did accept cash payment of the aggregate sum N17, 415, 080, 000.00 taken from the defunct Skye Bank Plc Suspense account and delivered to you by the staff of the defunct Skye Bank Plc which money you reasonably ought to have known forms part of the proceeds of an unlawful act, to wit, fraud and thereby committed an offence contrary and punishable under Section 15(2)(b) and (3) of the Money Laundering (Prohibition) Act, 2011 (as amended).”

The EFCC listed nine witnesses against Ayeni and others.

They include four employees of the bank, officials of the EFCC and representatives of FCMB.

Some witnesses listed include Bamidele Are, Kayode Ojo-Osagie, Azeem Abiodun and Olufemi Phillips which are all employees of the bank.

Ayeni first came under investigation by the EFCC in 2016 when Skye Bank began to show signs of distress.

At the time it was taken over by Central Bank of Nigeria in 2018, Skye Bank had a negative net asset worth of N1tn as to the opposed capital requirement of N25bn for Nigerian banks.

This implied that the bank had irredeemably lost any justification to exist as a bank and was operating as a mere drain on depositors’ funds.