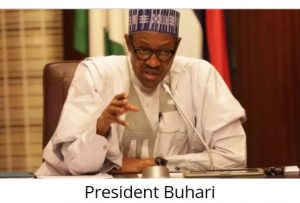 Nigeria’s President Muhammadu Buhari, Friday, warned of tougher times for Nigerians following his renewed mandate to pilot the affairs of the country in the next four years.

President Buhari gave the warning when he received members of the Federal Executive Council (FEC), who congratulated him over his victory at the presidential election conducted by the country’s Independent National Electoral Commission (INEC).

“My last lap of four years, I think is going to be tough. People are very forgetful and that’s why during the campaign, I spoke about our cardinal agenda.”

According to him, the next phase of his administration wouldvcontinue with the focus on tackling insecurity, fighting corruption and creating jobs for Nigeria’s teeming youths of the country among others.

The President said his ability to traverse the 36 states of the country including Abuja during the campaigns was proof to the skeptics of his medical fitness to continue with the rigorous task of governance.

He said he campaigned sometimes in two states per day, a proof of his sound disposition and readiness to provide leadership for the next four years.

Also, at the brief ceremony that started around 12 noon, Secretary to the Government of the Federation, Boss Mustapha spoke on behalf of the public servants and congratulated the President and Vice President Yemi Osinbajo for their victory at the polls.

According to him, the President’s victory was a well-deserved success as it was a referendum of honesty and sincerity.

He said that the public service totally aligned itself with the millions of other Nigerians who queued up at the polling units to cast their ballots.