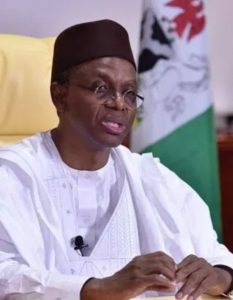 The politics of Kaduna State, especially from a keener’s perspective or even from the viewpoint of an ordinary man on the streets of the Southern part, is one that is widely driven by religion.

To put it more boldly, from the top hierarchy of the Christian elites of Kaduna State down to the ordinary follower, they all virtually have the same line of thought as far as the issue of leadership or who to vote for is concern – RELIGION.

When the opportunity came for them with the Late Governor Patrick Yakowa, (I don’t intend to speak ill of the dead) who never demonstrated the same sense of justice and equity offered to the Southern Kaduna people by his former boss, Governor Ahmed Mohammed Makarfi or the later, Arch Muhammad Namadi Sambo, it was used to achieve maximum advantage in favour of the South. Even though Late Yakowa tried to maintain Makarfi’s tradition in his decision to give the office of the Secretary to the State Government (SSG) to a Muslim, other juicy appointments and the clear preferences he showed in the distribution of projects, it’s locations, the quality and standard of execution was apparently in favour of the Southern Kaduna or rather, the Christian communities in the State.

My paper had not only documented the loopsidedness particularly in project allocation and execution under Yakowa but has consistently reported most of such deliberate shortcomings in DESERT HERALD, to the extent that late Yakowa, a very humble personality, was disturbed.

While he was away first to Josh for a function before proceeding to Abuja from Jos (which was his last journey on earth), he sent his SSG Lawal Samaila Yakawada to my office.

Yakawada is alive. We discussed at length about our areas of concern as a paper. It was arranged that I would see Mr. Yakowa after he returned back.

Yakowa, when briefed by Yakawada about our meeting, was so happy and had to call me directly from Jos through his Police Orderly, thus making me one of the last few people Mr. Yakowa spoke to before the sad news of his sudden death was announced hours after. The Police Orderly is also alive to confirm this.

Makarfi, for example, spread his projects virtually to benefit the entire communities irrespective of religious affiliation or tribal inclination, which we have always promoted and advocated for here.

In his effort to advance inclusiveness and unity of purpose, Makarfi created chiefdoms even to the disadvantage of his own people, and no eyebrows would have been raised, if he had not done that – like we have seen in other states.

Certainly, late Yakowa did not demonstrate that kind of leadership and fairness to the other side.

Interestingly again, Namadi Sambo, Yakowa’s predecessor also favoured the Southern Kaduna people in clear contrast to what Yakowa did to the other side when he was at the helm of affairs of the state.

In other states, where Christians are effectively dominant like Plateau, Benue and Taraba, it is very clear that the Muslim communities don’t get the kind of justice and equity our Muslim leaders in states like Kaduna have shown.

In Taraba, for instance, the State Governor is a Christian, the SSG and several other key appointments were also given to the Christian faithfuls.

It is far worse in Plateau State, where the number of Muslims is like the number of Christians faithfuls in Kaduna or even more but yet no Muslim can dare aspire to be a deputy governor, SSG or occupy any big office like Commissioner for Finance, Justice, Works etc.

In fact, even the civil service of Plateau state is polarised along religious lines with the Christian faithfuls dominating virtually everything in a nation where the provisions of the constitution is very clear on such employments and appointments.

In Benue State, the situation for Muslims even with their numerical raise is far worse and has continue to deteriorate as there is no single Muslim appointed in any of the so-called lucrative offices of the SSG, ministries of finance, works, local government, Agric, Water resources etc since the return of democracy in 1999.

What a democracy! What a State!

It is an established fact that the likes of Senator Makarfi were at liberty to do what the likes of George Akume, Joshua Dariye, Jonah Jang, Danbaba Suntai, Gabriel Suswam have done and what the current Taraba’s Darius Ishaku joining the current others is doing and nothing would have happened. However, having been guided by the teachings of Islam, which promotes justice and equity by a leader – Kaduna is what it is today even under Governor Nasir El-Rufai.

Islam discourages a situation where a leader takes everything for his people like we have seen in Plateau, Benue, Taraba etc.

I know Governor Nasir El-Rufai as he knows me very well and Allah knows I’m not paid by anybody to write this piece.

It is also worthy of note, to state that except on very rare occasions, the last time I saw El-Rufai was at Unguwan Sarki Polling Unit, when we both went to cast our votes during the 2015 polls shortly before he became governor.

El-Rufai was a good neighbour and used to personally visit my office anytime he came for Jumma’a prayers at Sultan Bello Mosque.

Having said that, he himself knows me well enough to know that my conscience will not allow me to favour anything I am not comfortable with. So, this piece is clearly as objective as spontaneous it flows.

In fairness to him and despite the controversies that surrounded his first tenure, El-Rufai has tried so much to make a balance. Especially, in projects allocation and execution across the State.
El-Rufai understands the psyche of the Southern Kaduna people like science and as an astute politician, he made his choice.

El-Rufai had probably realised that he became governor even though with a Southern Kaduna Christian as his deputy in 2015, he didn’t get their votes.

He also realised that choosing one of their own as his deputy will not guarantee them to vote for him this time too.

So he picked for purely political expediency a Muslim from the same South, and even though he could adopt the typical politics of Plateau and Benue States by choosing his deputy from any zone but he never did.

Like I said earlier, the key determinant of Kaduna politics is religion and this unprogressive trend started with the Christians in the State many years ago.

Today, the message in virtually all the churches in the whole of Kaduna State (in my view) is against the interest of the Muslims.

It is true that the APC and PDP governorship candidates are all Muslims but in my opinion, voting the PDP guber candidate will serve the strategic interest of the Southern Kaduna people more (which is the current message in churches now).

And it is in their agenda to come out enmasse to ensure that the candidate of the PDP is elected (because he is their preferred lesser evil between two evils).

The Muslims in Kaduna have the advantage of population and can therefore decide the political destiny in the state just as the Christians do in states like Benue.

El-Rufai is no doubt a lesser evil for the Muslims. If we do it in good faith Allah may decide to bring out the best in him for us (whole state).

Let’s all forget about El-Rufai’s supposed sins, let’s pray for change in him and massive votes to him.

This will also ensure that another jinx is once again broken.

Afterwards, we will advise El-Rufai to be magnanimous and be a governor for all. We will ask him to ensure unity through justice for all and to resist from any form of vendetta against those that fought against his re-election. That is Islam.

Kaduna needs a decisive governor. A governor that cannot be intimidated, succumb to blackmail or be rattled by noisemaking and abuses.