Hello! I’m Doctor Adamu Muhammad Dodo. I lost a critical thinker, a friend and creative colleague, to a plane crash that crushed his life, putting us in prolong plague of pains.

Prof. Pius Adesanmi was one of the victims of the Ethiopian Airline crash. He asked his wife to take good care of their children who should enjoy proper education for a qualitative knowledge and not a mere, not to defend certificate, empty but filled with loud noise, when he would be no more: A proposal kind of, such as that pointed out by William Wordsworth in “Michael” to however “few natural hearts among these fields and hills, who will be my second selves when I’m gone.”

I’ve had an extensive discussion with a friend Prof. Farooq Kperogi about Nigerian politics and socio-economic realities beyond social media and what informed his critical commentaries.

However, a topic that almost tore us to tears, was on Prof. Pius’ seeming last words, dismissing the world.

He would tell Kperogi that he felt his time was about being up. Men like me would think that Pius was only extending his creative piety to ponder upon, not however for pity.

like, he’d seen the invisible writing on the board we couldn’t use to transmit any knowledge to our students.

Pius time was indeed up. The legacy he left can however be used for societal correctness, to strengthen the unity in diversity, for the countrymen, irrespective of region and religion, to see the vision in tolerating the respect of difference, in appreciating the missing point as part of appeasing the Deity for worthy applaud.

The Periscope Global Literati Angle, will be publishing Professor the Pius creative articulations, beginning with the one below: 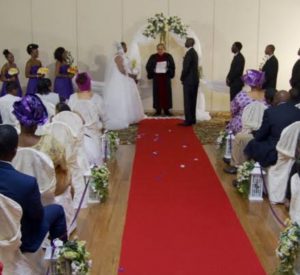 Modees Usman, one of my protégés, was supposed to come and see me at the Ake Arts and Book Festival last month in Abeokuta. The gentleman is a patriotic Customs officer and, in my estimation, one of the brightest hopes for the sort of pan-Nigeria I envision ceaselessly in my public reflections.

A devout Muslim, his sensibilities and advocacy for Nigeria reach across all our fault lines and bitter divisions. He is a picture perfect portrait of my ideal Nigerian. Suffice it to say, he did not make it to Abeokuta for our meeting. However, he sent a carton of non-alcoholic wine to me through another wonderful pan-Nigerian patriot, Remy Binte Oge.

My protégé couldn’t make it to Abeokuta because he had to travel to Calabar to attend the wedding of his childhood friend. He was in fact the designated best man at the occasion. I sent word to him that his attempt to bribe me with a carton of wine would not work: he would still have to pay a fine for failing to somehow find a way to visit me during my last trip to Nigeria.

Modees, obviously, is a Muslim. His best friend who was getting married is a Christian. A Muslim was going to be best man in a Christian marriage! The Christian groom and his Muslim best friend thought nothing of this until wedding day and the officiating Pastor somehow caught wind of the faith of the best man and refused to proceed with the ceremony. It was bad enough for Modees, a Muslim, to have come to defile the body of Christ in his church! To approach the pulpit as the best man in the wedding was adding insult to injury! All entreaties to the Pastor failed. No Muslims allowed here!

The story of this foolish fundamentalist Christian Pastor in Calabar is the story of Nigeria. It is indeed the story of Africa. It is the story of the failure of critical intelligence. It could very easily have happened the other way round. It could have been Modees getting married and his Christian friend being bundled out of the ceremony for defiling a Mosque. The trouble with Nigeria, the tragedy of Africa, is that in a world of mutual connectivity and global influences and interactions, we have not figured out a way of making whatever we accept from the outside, whatever is forced on us from the outside, sit on the solid foundation of our own worldviews and humanity.

We forget that Christianity and Islam did not invade Africa purely as faith. They couldn’t have for they are much more than faith. They are also cultures for they took on the cultures of either their places of origin or their sources of global dissemination. Europeans and Arabs injected a great deal of their cultures and values, of who they are, into the versions of the creeds that they introduced to Africa. Because he lacks critical intelligence in his embrace of these two religions, the African thinks that the African in him must die as a pre-condition for his being a true Muslim or a true Christian.

This is the source of a strain of pathological fundamentalism that is strange even to the ‘owners’ of those religions in Europe and the Arab world. This explains why the modern Nigerian Christian – the sort who jots his Pastor’s sermon on an iPad – condemns the New Yam Festival in his village as a pagan practice while enthusiastically invading the Ikeja Mall to buy Halloween costumes for his children. That is why people demonstrate peacefully in Saudi Arabia whenever Europe draws cartoons of the Prophet Mohammed but Nigerians kill fellow Nigerians on account of ideological conflicts between Europe and the Middle East.

That is why Modees was thrown out of a Christian wedding in Calabar.

Modees was thrown out because Muslim and Christian faithful in Nigeria have killed the spirit of accommodation, humanism, and tolerance which informed the religions of their forefathers. They do not know that African Traditional Religions, like every other faith, also come complete with values that should inform their approach to the foreign religions they now practice.

Nobody is saying that you should discard your Christianity or Islam and go back to worship Ogun or Amadioha. But, at least, reduce your ignorance of what they thought of the other; reduce your ignorance of how the faith of your forefathers handled difference. Let me invite one of Africa’s foremost thinkers, Professor Ali Mazrui, to instruct you. Let me quote in detail from Professor Mazrui’s book, Resurgent Islam and the Politics of Identity:

“Of the three cultural legacies of Africa (Indigenous, Islamic and Christian) perhaps the most religiously tolerant is the indigenous tradition. It is even arguable that Africa did not have religious wars before Islam and Christianity arrived. Precisely because these two latter faiths were universalist in aspiration (seeking to convert the whole of humankind), they were inherently competitive. In Africa, Christianity and Islam have often been in competition for the soul of the continent…Indigenous African religions on the other hand are basically communal rather than universalist…By not being universalist in that sense, the African traditions have not been in competition with each other for the souls of other people. The Yoruba do not seek to convert the Ibo (sic) to Yoruba religion or vice versa. By not being proselytizing religions, African creeds have not fought with each other. Over the centuries, Africans have waged many kinds of wars with each other but hardly ever religious ones before the universalist creeds arrived.”

There you have it. The Ogun worshipper did not seek to convert or kill the Sango worshipper. The devotee of Obatala did not try to break the ikenga of the devotee of Amadioha.

Tolerance was the foundation of the faith of your forefathers. How does adopting this foundational spirit of tolerance and injecting it into the Islam and Christianity you practice in Nigeria today make you any less a Muslim or a Christian? How exactly does the presence of Modees as best man in the wedding of his Christian friend diminish your Christianity?

In Zaria, you are even dividing and killing each other within the same faith along Shiite and Sunni lines imported from the Arab world – with the Army pouring petrol into the fire and committing possible crimes against humanity by mowing down civilians in a residence after clashes initial clashes on a road, all sides trading accusations.

Yet, the Pastor who threw out a Muslim from his Church will not hesitate to break the law by organizing a Christian event to block major roads in Calabar and make life difficult for his fellow Christians locked in a hellish traffic jam. Every Friday, Sambo Dasuki, Nigeria’s greatest thief at the moment, still does very public photo-ops from the prayer mats of the Mosque he attends.

Fundamentalist professions of Islam and Christianity have not stopped you from making Nigeria a cesspool of hate, theft, and corruption.

Tolerance was the foundation of the religion of your forefathers. You are welcome to continue to spit on these ancient religions and condemn them as pagan or idolatry. That is your wahala. But, know this: any Christianity or Islam which requires you to forego the tolerance inherent in the religions of your ancestors is leading you straight to hell for you will steal, hate, and kill in the name of such a Christianity or Islam.