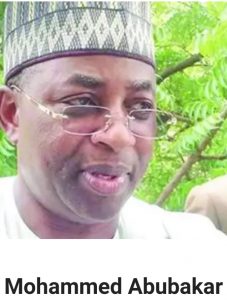 The rerun election in Bauchi state will only be an academic exercise since the Independence National Electoral Commission (INEC) has reversed the earlier cancellation of the election of Tafawa Balewa Local Government Area by the State Returning Officer Prof Mohammed Kyari the Vice Chancellor Modibbo Adama University of Technology Yola, who was alleged to have compromised the taste of credible polls entrusted to him.

The Commission said the result from Tafawa Balewa would now be regenerated from the 11 Registration Areas (Wards) in the LGA.

The total number of collated and announced votes :

When the result for Tafawa Balewa is regenerated and added on Tuesday, it will come to:

Recall that both the compromised Bauchi INEC REC and the Returning Officer, Professor Mohammed Kyari dubiously claimed that the cancelled votes was 45,312.

However, the fact-finding Committee set up by the Commission discovered that the actual figure of cancelled votes in Ningi LGA was 2,533 and not 25,330 as recorded earlier. INEC has now reversed the either fraud or mistake by reducing the figure to it’s original 2,533 for Ningi LGA.

Assuming but not conceding that the total number of cancelled votes is actually 23,000 which is very unlikely in this circumstance.

This is a mathematical impossibility for APC/Governor Mohammed Abdullahi Abubakar

PDP/Kaura would need less than 9,000 votes out of the 23,000 cancelled votes. APC/MA, must win all the 23,000 votes to succeed himself, which is practically impossible.

Again, not all the 23,000 registered voters in the affected Polling Units collected their PVCs, meaning that the number of people that will actually vote if the rerun election is conducted could be far less than the 23,000 canceled votes and if INEC, after collating the result of Tafawa Balewa LGA come to the determination of the actual and real figure of cancelled votes based on record of PVC collection to be less than 14,000, then PDP’s Sen Bala Mohammed will automatically be declared winner.

Both MA Abubakar and the Bauchi APC know these facts and that is why the state party chairman Uba Nana held a press conference today March 16, 2019 in Bauchi, rejecting the decision of INEC on the Bauchi election but the bitter truth is- the game is over for them- the people’s will has triumphed in Bauchin Yakubu.

Meanwhile, God has buttered the bread of the people of Tafawa Balewa who have been receiving trailer loads of gifts including motor bikes, cars, cash, etc from Governor MA in the last few days in the anticipation that a rerun polls would be conducted in the area. At least, they have recovered parts of their looted funds no matter how paltry and insignificant the amount.