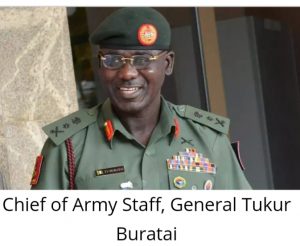 The Nigerian Army has redeployed some senior officers with Maj.-Gen. H.O. Otiki being moved to 8 Division in Sokoto as General Officer Commanding (GOC).

According to a statement on Sunday by Col. Sagir Musa, the army spokesman, Maj.-Gen. S.O. Olabanji, GOC 8 Division had been moved to Infantry Corps Centre as Commander under the new posting.

Brig.-Gen. M.T. Durowaiye moved from Directorate of Army Transformation and Innovation moves to 33 Brigade as Commander.