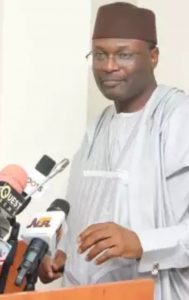 The Independent National Electoral Commission has said that the supplementary governorship election earlier scheduled to hold in Adamawa and Bauchi states would still hold, even though the issue has become a subject of litigation.

INEC said, the Adamawa State High Court had issued an injunction restraining the Commission from proceeding with the supplementary election following the application by the Movement for the Restoration and Defence of Democracy, a registered political party, which did not take part in the main election.

It said that though the Commission had also complied with the order, it has also taken steps to vacate it and dismiss the action.

Similarly, the litigation on the Bauchi governorship election, INEC said, was initiated by the All Progressives Congress and its candidate, Barr. Mohammed Abubakar.

INEC said an interlocutory injunction to suspend the process has been served on the Commission by the Federal High Court, Abuja.

“While the Commission has complied in accordance with its policy to obey all court orders in deference to the rule of law, it has also taken urgent steps to vacate the order and dismiss the action,” INEC said.

It noted that the litigation and consequential order only affect the collation of results for the governorship election in Tafawa Balewa Local Government Area.

Culled from THE PUNCH