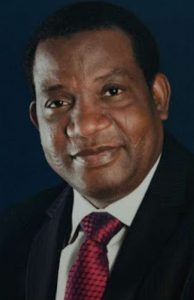 Incumbent Governor of Plateau State, Simon Bako Lalong of the All Progressives Congress (APC) has been declared winner of the 2019 gubernatorial election polling 595, 582 votes to defeat his closest rival, Sen. Jeremiah Useni of the Peoples Democratic Party (PDP) who polled 546, 813 votes.

The declaration came after supplementary elections were conducted in 40 polling units of nine local government areas of the state.

Results from the supplementary election showed the incumbent governor polled 12, 327 votes from the nine local government areas against Useni’s 8, 487 votes.

Returning Officer and the Vice Chancellor of University of Agriculture, Makurdi, Prof. Richard Anande Kimber said; “Barrister Simon Bako Lalong of the APC, having satisfied the requirement of law and scored the highest number of votes is hereby declared the winner and is returned elected.”

The APC had before the supplementary election polled 583, 255 votes against the PDP’s 538,326. The election was declared inconclusive because the 44, 929 margin of lead was less than cancelled votes from nine local government areas which was put at 48, 828.

Daily Trust reports that 24 political parties had fielded candidates for the governorship polls in which Jon Temlong of the Action Democratic Party trailed behind Lalong and Useni polling 4, 670 votes.