* Reject the the appeal legalising adultery 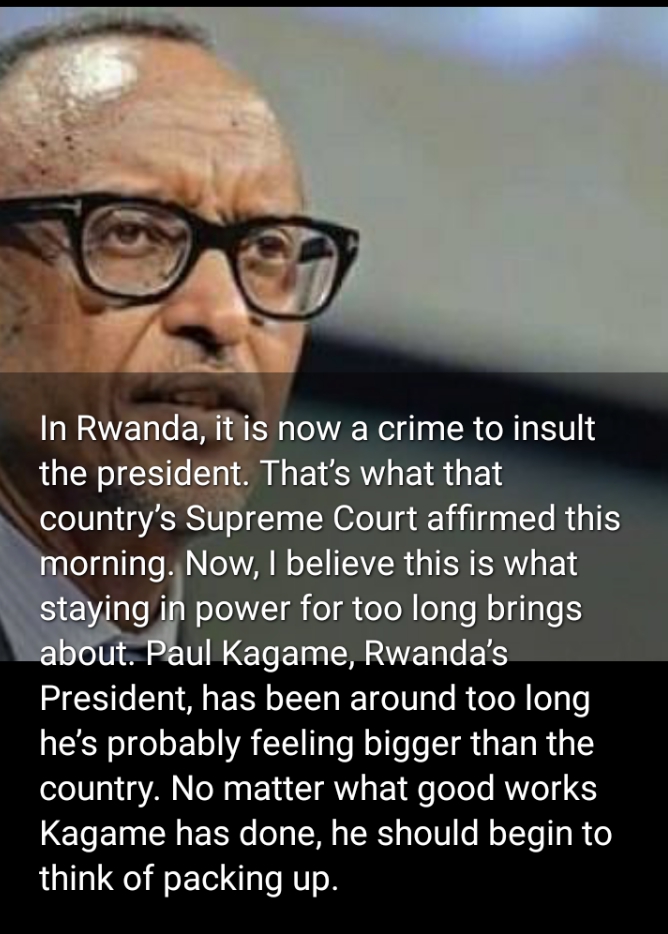 The Supreme Court in Rwanda has rejected a challenge to a law, which says it is a crime to insult the president.

The law, which was introduced last year, means that anyone insulting President Paul Kagame faces between five and seven years in prison, the BBC reports.

Lawyer Richard Mugisha had argued that the law was unconstitutional as it undermined freedom of expression.

The court ruled that the law should remain, due to the responsibility that the office holds.

The same court ruled that a law, which prohibits writing articles or drawing cartoons that humiliate MPs, ministers or other government officials should be annulled.

Mr Mugisha had also argued that articles, which criminalised adultery should be scrapped. The court rejected that appeal.