* One can be imprisoned not for any offence, could be out of conspiracy or being in a wrong place at a wrong time. Prophet Joseph (Yusuf) AS went to prison not because he was wayward but because he prayed against women sneer threatening to smear his sanity. He was eventually released with a proven fidelity and an excused rather than accused character – The Periscope Global 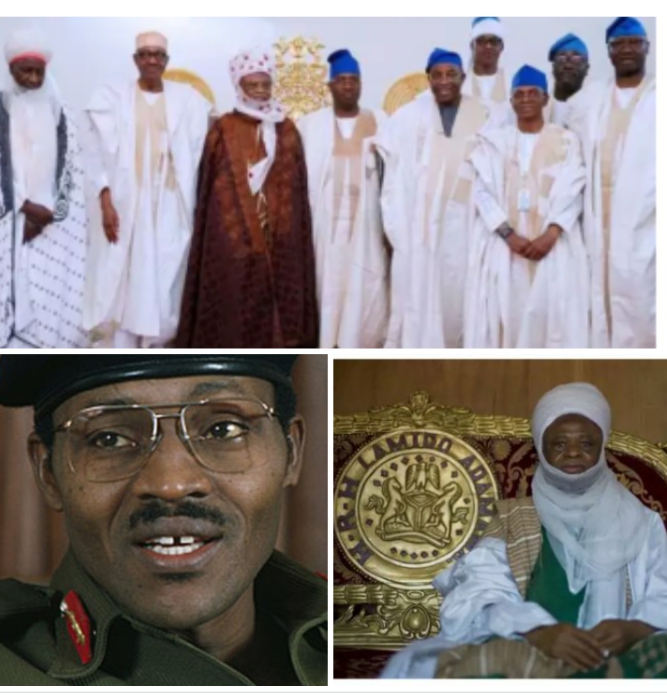 The Lamido the premiere ruler of Adamawa and entire Fombina, Chancellor University of Owerri Grand Patron Tabbital Pulaaku International and Founder of Pulaski FM Radio Yola in tune with the United Nations-POLAC advocacy for the restoration, promotion and Protection of language and cultural heritage, peace and mutual coexistence HRH Dr. Muhammadu Barkindo Aliyu Mustapha PhD, CFR, has explained why he was detained by the military administration of General Muhammadu Buhari with the military take over from the civilian administration led by President Shehu Shagari in 1983.

HRH the Lamido Adamawa gave the explanation Saturday while receiving the Programme Manager of Wadata Communication Limited, Zubair Idris, who paid him a courtesy visit after an event in Yola.

HRH the Lamido Adamawa said he was detained because he was a commissioner in the civilian government of the then Gongola State.

HRH the Lamido Adamawa recalled that the new military regime ordered the detention of all the politicians in government at the time for investigation of alleged diversion of and personalising public properties at the detriment of peace, progress and development.

Having certified an excused integrity as Emirate’s legacy, rather than accused character in Barkindo, the Military Junta led by the incorruptible president, HRH was simply released, relieving doubting Thomas of tongue wagging.

“I was investigated and found to be clean and subsequently, released,” HRH the Lamido Adamawa said.

The Monarch declared his full support for the fight against corruption where he lauded President Muhammadu Buhari led administration for its commitment to combating corruption.

The Monarch said some people had expected him to distance himself from President Muhammadu Buhari because of the 1983 incident. However, he made them realise that there was nothing incriminating with the experience to have antagonised cordiality, mutual coexistence harmonious relationship and leadership support and encouragement.

Alhaji ZubairAbdurra’uf Idris was in Yola to organise a town hall meeting on the anti-corruption campaign with support from US-based MacArthur Foundation.

The Monarch lauded the Foundation for its commitment to fighting corruption.

HRH the Lamido Adamawa said, the support of the US-based foundation demonstrated the love of Americans to see a better and prosperous Nigeria.

Idris commended HRH for establishing Pulaaku FM Radio that has been partnering with the firm in the fight against corruption, using the local languages.

Idris said the gesture has been yielding results, citing how a programme by Pulaaku FM stopped extortion by some police officers along the Yola-Fufore-Gurin road.