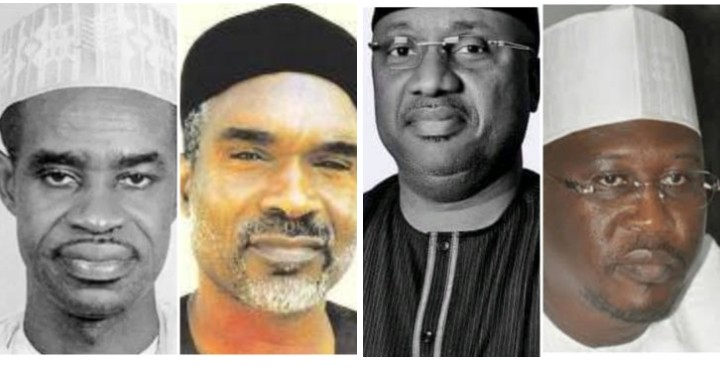 Public Relations Professionals would have been better Directors of Press to the president or governors. However, the PR Institute is not persuasively pushing to bring out its best for the recognised service that becomes exclusive reserve to those who have taken the path of journalism. This takes another study to be revealed later.

Meanwhile, the Periscope study reveals that the chief executive of a state for the most part, becomes great at goofing when his media mediator, by whatever name she is called, is not inclined to print media. Especially, when she has no Mass Communication, Journalism and/or Public Relations related certificate and experience.

Quackery is when the uneducated and uncertified trained, criminally ventures into or participates in a practice of a profession she is ignorant of its ethics. Journalism and Public Relations practices are among the quackery worse hit professions in northeastern Nigeria, perhaps the country as a whole; academically uncertified and untrained journalists, for the most part, taken for easier and juicy, eagerly join the service with electronic, the broadcast media.

“No problem, they are being exposed to on the job training. They do catch up. Experience has proven that thorough practice, truly begets genuine genius,” a general manager with a broadcasting media corporation argued.

Print media are the newspaper and magazine specialties, added to the online upgraded version. The electronic otherwise referred to as broadcast media in this regard, are the radio and television specialties.

Although the educationally developing society under the study, uses electronic media, especially the radio, to get to reach the teeming citizens particularly, in the rural communities and television in pseudo orban society. The print media has significant impact on the not too many elites, yet they are those who give meaning to any issued press statement and/or the chief executive’s broadcast; this is the area Democratic “majoritarian ideal is hardly tolerated.”

Far from that, the media mediators who stemmed from the print media, are for the most part, analysed to be more creative, give more attention and take more time analysing, scrutinising, critical thinking and vetting what comes as the chief executive speech or press statement.

Suffices to say that the products of print media Directors of Press Affairs or Media and Communications or Press Secretaries or simply spokesperson’s to the Chief Executives, are for the most part, more real than pseudo. They take into cognisance the use to which public relations and media relations can be put to promote their principals effectively and efficiently.

“Little wonder that President Muhammadu Buhari, like his predecessors, deploys the services of professional journalists from print media; Femi Adesina and Garba Shehu as his spokespersons.

The study is actually limited to the spokespersons with Adamawa State Government; from governor Boni Haruna’s regime in the late 90s to this day.

Hon. Abdulrazak Namdas has made a good outing as spokesperson to governor Boni Haruna. Even though he is a graduate of Mass Communication making the additional advantage, Namdas was picked from print media; then a correspondent with a national daily newspaper.

The media relations, the image making and the defence against the attack on personality and government policies, even where the governor goofed, were expertly done without an iota of “idioticising” the opposition.

Namdas, journalists in the state interviewed noted, carried along the entire categories of media, as a spokesman to the governor for a media mediation.

The tenures of Admiral Murtala Hammanyero Nyako as a governor, have had two spokespersons.

A graduate of Mass Communication who initially had a national certificate of education, apart from his background in the broadcast media, Alh. Maijama’a Adamu was equally a spirited contributing print journalist.

The budding essayist an ardent broadcaster, Ahmed Ibrahim Sajoh, is a public relations professional. Public relations practice, the Periscope study reveals, was his engagement with a tertiary institution of learning before his appointment to take over from Maijama’a as Director Press Affairs to governor Baba Maimangoro Nyako.

Media relations during Nyako’s regime was adjudged by journalists interviewed in Yola, as being an upgraded version of the Boni Haruna’s.

The chronic-know-nothing, youths without attitude who, using social media for libel mediation against personalities and whipping up sentiment for tribal hate speeches among other “scallywaggish,” vocabularic thuggery, reigned in Bindow’s regime, was not professionally tolerated during the Nyako led government.

The failure of the former governor Muhammadu Umaru Jibrilla Bindow to succeed himself, was attributed in part, to the inefficiency and ineffectiveness of his spokespersons, who were not trained public relations personalities and were at par with print journalism in practice.

Bindow, more than any governor Adamawa State has had, suffered suffocating rather aggressive coverage of governor’s goofing against good governance, owing to the executive media antagonism attributed to the governor’s flaws in deploying the services of pseudo journalists, mostly from broadcast media as spokesmen, as could be spotted.

The spokesmen could not neutralise or diplomatically refute the goofing associated with ethno-religious hate speech sentiments such as, “the Yola Fulani are the bane of progress and development in Adamawa State,” “This government belongs to minority tribe…,” “Any traditional ruler who fails to do the bidding of APC will be dethroned…” are a few examples.

“The media mediators would not even persuade the governor to go and personally register his condolence over the death of Hajiya Zainab the wife of the former Governor Nyako he called mother, not to talk of arranging a commiseration visits to “ethno-conflict” consumed community of Numan Federation and the BH infested Michika and Madagali, as instances.”

Governor Ahmadu Umaru Fintiri, like his predecessors, was said to have started a four-year journey with a right step, using the right foot; all inclusive government, job security, care, agriculture, the list amounting to be endless, to be recording success, while journalists keep registering, keep reporting.

However, the study reveals that Solomon Kumangar the spokesman to governor Fintiri had but electronic media experience with a state television station, though he has had previous experiences of being spokesman to the state governors.

Whether or not he would make a difference, it would be too early for a worthy conclusion.

However, one of the governor’s speeches; the script to have been critically scrutinised and well edited before it could get to the press, has had some rather unexcusable grammatical? typographical errors, which were identified by the Periscope; whether or not it was the original draft, there was no refutal by the media mediator to that effect.

There was also the insultive response credited to the spokesman, against the open criticism via Facebook, while trying to debit the attack on certain position taken by his principal; calling the critic”idiot”, criminalised the response while rejecting the critique and the critic.

The spokesman ought not to have insulted, however unconstructive a group, a critic and/or a critique, as it would amount to hate speech to be credited to the principal.

There is always a diplomacy in neutralising and/or cover-up, whenever the chief executive goofs, rather than denying that there was goofing, thereby challenging the dignity of the media and the integrity of the newsmen who reported and recorded the alleged goofing and would frown at be falsified, challenging it as well: Referring to the issue of sacking the local government workers credited to, as governor’s directive.

The office of, was also left porous for social media desperados, seeking for the governor’s recognition, playing the media aids, with one actor in antagonism technically, threatening to end the life of a journalist, writing anything about or on the chief executive.

Similarly, some of the worthy achievements of the Fintiri led

government ought to have been given wide Publicity, were ignored by most of the media in the state. One such example was the latest raid by the allied security operatives on the Shilla enclave in Gerio; It was only the Periscope online that exclusively reported it as its Mood of the Moment. It was later culled by other but few media outfits mostly online, exhibiting a challenge associated with the media relations.

For recommendations, the governor’s social media handlers should be screened. The media relations must be reviewed. The public relations should be introduced for mediation to get to be effective and efficient.