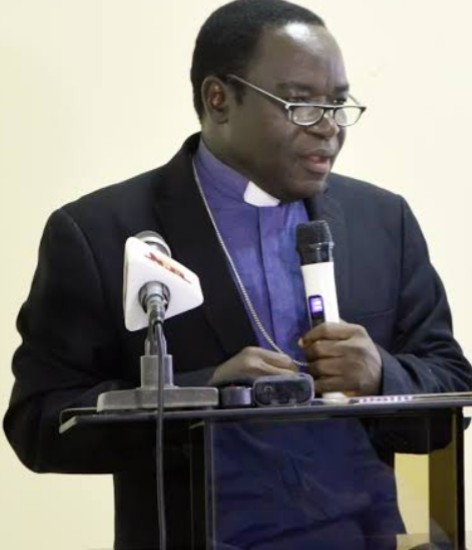 The Catholic Bishop of the Sokoto Caliphate Diocese Matthew Hassan Kukah, joining the popular call for peaceful coexistence, has echoed the called on the countrymen to unite in condemning the unpatriotic to peace who take Fulani hate speech as a theology to evangelise. The action, which he said could be preamble to a breakout of violent confrontation against the Fulani and putting a foundation for disintegration.

Kukah, while speaking on Tuesday at a colloquium on fake news and hate speech organised by the Olusegun Obasanjo Centre for African Studies, an arm of the National Open University of Nigeria (NOUN) reminded the gathering that hate speeches often precede any genocide experienced in history.

Kukah said Nigerians “have to be very careful” before the situation could degenerate beyond control. He likened the uproar and profiling of the Fulani to what happened to the Igbo, leading up to the Nigerian civil war between 1967 and 1970.

“If it is Fulani today, yesterday it was the Igbos,” Kukah said.

Kukah, while reacting to the recent controversy on the use of picture of a herdsman on the Nigerian passport booklet, said he was almost swayed by the fake news, before he got a copy of the passport himself.

The cleric displayed his passport to illustrate the content and debunked the insinuations that it carried only a picture of a herdsman.

“When I looked at my passport, it has the coat of arm and map of Nigeria. Then right in front of the data page where all my information is, I have the Bini. I am not a Bini man, but I am eminently proud of this. I didn’t even know it was here, because I had to go through the passport page by page.

“When I opened the passport the first thing I saw was Zuma Rock, then I saw Tiv dancers. Who gave them permission to put Tiv dancers? Then I got to next page, before I came to this poor Fulani man who was standing with his cows. Suddenly, this is the only thing we have chosen.

“Why is it exciting? It is exciting because this is the time for us to ‘hate’, literally tag every Fulani as a herdsman. We are on a very dangerous precipice,” Kukah warned.
.
Kukah said it was time for those in the position of leadership to tame the situation. “Those who lead us should better stand up and tell us where we are going”.

The Catholic priest also urged Nigerians to be each other’s keeper and avoid ethno-religious profiling in dealing with each other.

Speaking to the Periscope reporter, Ardo Mammadu a Fulani herdsman in Sokoto, said he heard people commending Bishop Mathew Hassan Kukah for the bold step he took to evangelising against Fulani-hate speech, to promote promoting peace and unity.

“Kukah represents not just a patriotic Nigeria, he epitomizes the service of his ministry; preaching love, peace and mutual coexistence.

A whole community or a race shouldn’t be erased or hanged on a cross meant against the few renegades from among them that the law should deal with. Ardo Mammadu lamented.