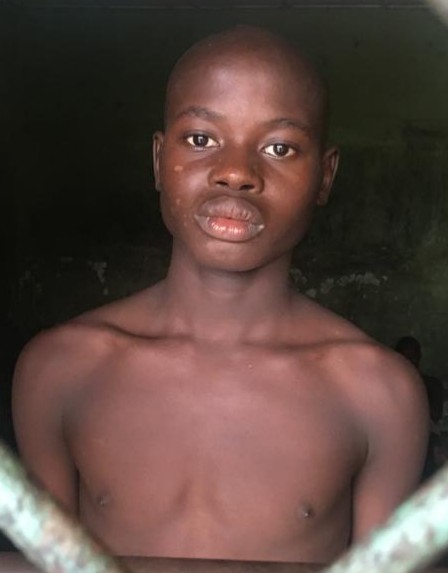 Adamu Abdullahi Abbati the rapist, in spite of the governor’s directive that he should be taken to prison, still remains in remand home, the Periscope investigation can reveal.

Speaking to the Periscope reporter, Abbati said that he was born in 2003, he could not therefore be 19 years old. “I earlier told the CID that I was 16 years. It was however contested. There’s however no birth certificate to present. I only attended primary school before taken to artisanship; professionalising in pottery.

Abbati said that he has not been to prison. When he was arrested, he was taken to police station. “It was from the police station that I was taken to court and after the case was adjourned, I’m sent straight to remand home because as I told the security agency, I was 16 years old.

Abbati has confessed to raping the five years old girl, owing to what he considered as Satan stained temptation.

“That faithful Friday while returning from a buketeria, it started raining, then I decided to take a shelter at a TV game centre where I met the lonely hungry girl.

“She begged me to buy food for her, I told her I couldn’t because I had only fifty naira.

“When I accidentally assaulted her, I saw blood oozing out from her, so I took her to her grandmother’s room close to the TV game centre belonging to her uncle” Abbati said.

Abbati swore that he has not raped a goat but has been patronising about 20 to 25 years old harlots in hotels with five hundred naira as service fees, even though he said he was too young to start thinking about marriage.

Abbati revealed that the case hearing was adjourned to Tuesday, September 17, 2019.