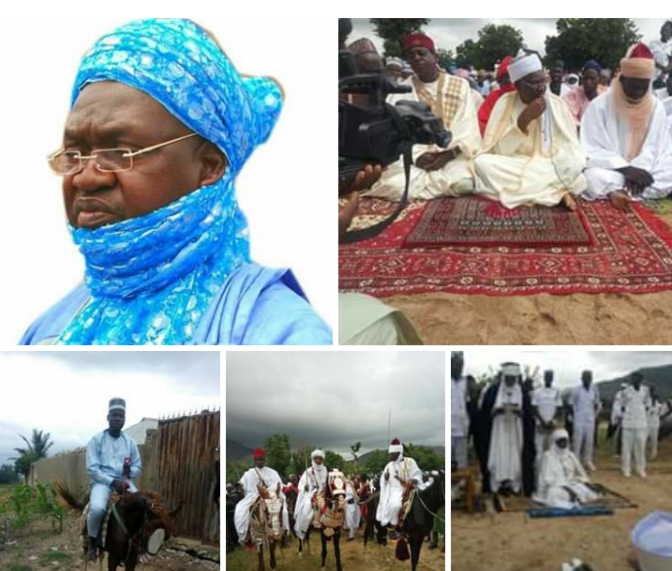 “When a butterfly calls itself a bird.” (Translated from a Yoruba proverb) See Ola Rotimi’s the Gods Are Not To Blame.

When the overambitious is led by soothsayers, the Voodooists, the vile and weird tribesmen, Macbeth in William Shakespeare would not have been anywhere any near for a story to have been a lesson about the deceit by the three witches against Macbeth’s tragic flaw described as being over ambitious.

When the desperado, thinks that desecrating a wholly worshipping place, close to the District Head Palace by the unpurified, fetish-stained, diabolic-dressed, youth without religious attitude, as saviours against the will of the Most Merciful, to conquer the monarchy in Jalingo-Maiha with the arrow of anarchy, the man of wisdom will simply tell the Periscope reporter that for selfish interest, the fetish should have to perish in prison.

The State, Law, the Security Agencies and the aristocracy, were jointly offended by an impostor who was alleged to be sponsored in the conspiracy to cause dissension aimed at destroying the Monarchy in Maiha.

The patience nurtured by the offended was mistaken by the nonentity for cowardice, until the real cowards, fantastically revealed themselves today; The sponsored and other accomplices to the conspiracy to anarchy against the legitimacy of the monarchy in Maiha shamelessly backslided and abandoned the lone antagonist the impostor with his weak followers behind bar.

How did the impostor and the notorious riotous go to Prison?

Wakili Usman Shehu known as Idi somewhere but regarded as impostor in Jalingo-Maiha, with his three, very poor parentally tarianed sponsored scallywags; Mustapha Jibrilla, Ja’afaru Umaru and Buji Dada Njidda who disrupted the peace of worshippers in a mosque during Friday prayers and destroyed people’s properties with an invitation for a war they would be unable to sustain, was brought before the Area court judge, today.

While the police prosecutor was spelling out their injurious to the community offences before the jury, Idi the impostor was unable to stand at the witness stand. He was summarily scared, sweating profusely and terribly shaking as if he was thrown into the icebergs. His heart, was making a “tom, tom rhythm” as an African poet would project and/or as James Hardly Chase would describe, his heart jumped like a frog on a hot stuff. He would have to be offered a chair to sit, lest he fell down collapsed.

It reminds one of the day of judgment for those who enjoyed sinning and eventually died never to repent; the had I known condition.

Idi and the youth without attitude he misled against the peaceful coexisting community of Jalingo-Maiha, were eventually by the judge, sent to prison to serve awaiting trial.

Idi’s lawyer pleaded for bail in favour of the clients he could hardly defend. The prayer was answered as judge Gaji would explain that a bail is a right not a privilege.

However, for Idi to be able to be granted bail, a First Class Chief or a serving permanent secretary with Adamawa state government, would have to stand as a surety in addition to depositing the sum of one million naira.

For the three others, each would have to present a senior civil servant of no less than grade level 15 and the deposit of five hundred thousand naira each.

Their inability to meet the bail conditions, led them to Yola ancient city central prison where the Periscope investigation can reveal that Idi feigned sickness therefore sought for bail on health ground.

He was however denied. He was told that “there is a hospital in the prison managed by health professionals with available drugs. Sickness, in his case, should not be an excuse for bail.

Jumua’t prayers these days, have been peacefully observed in Jalingo-Maiha, the Periscope can reveal, because Allah SWT has ways to deal with, by demeaning those who desecrate the mosque for material gain.

Can an ex-convict ever be appointed as any District Head even if not in Jalingo-Maiha?

The answer takes another once upon a time for those who can respond with exclamation “Time! Time!” Let’s go…