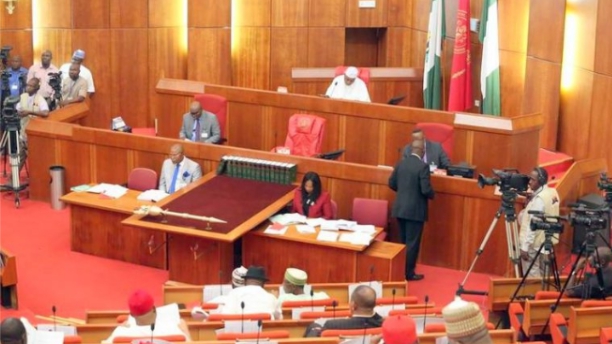 The Senate Thursday invited President Muhammadu Buhari to present the 2020 budget as it increased it from N9.12 trillion to N10.729 trillion.

It also adopted the 2020 to 2022 Medium-Term Expenditure Framework (MTEF) after increasing the $55 per barrel oil benchmark as proposed in the MTEF document to $57 per barrel, an action it said would help the Federal Government raise money to finance key aspects of the budget.

Senate President Ahmad Lawan disclosed that Buhari would appear at a joint session of the National Assembly on Tuesday to present the budget.

Also, Senate spokesman, Adedayo Adeyeye, confirmed to reporters shortly after plenary that the budget would be presented 2:00 p.m. Tuesday, noting that this is the first time the executive would present the budget in October.

Some senators however subjected the revenue projections contained in the report on the MTEF presented by the Chairman of the Senate Committee on Finance Solomon Adeola to a critical review, submitting that an overhaul was needed to sanitise the nation’s budgeting system.

Senator Gabriel Suswam cautioned against borrowing continuously to finance the budget. He said: “There is a problem with this because the debt profile of the country is N24 trillion. We compare ourselves with these small countries that live on contributions from donor countries and say that our debt sustainability profile should be moved to 56 per cent.”

Drawing attention to the provision of money in the budget to pay for Joint Venture Calls (JVC), Suswam said: “If we are not raising any money and we continue to pay the JVC, there is a problem with that, as we are not getting anything out of them to pay the JVC. It means that the essence is defeated. We go into partnership with international oil companies to raise money to finance our budget but we are not getting anything.”

Also, Senator Dino Melaye said it was unacceptable that the country was borrowing money for consumables. “If you want to borrow, it must be 100 per cent for infrastructure. If we do that, we would have helped the country and generation yet unborn,” he said.He urged the Central Bank of Nigeria to promote justice and abolish favouritism. He stressed the need to enforce the use of information and communications technology in oil production and sale, without which, according to him, operations in the oil sector would continue to be shrouded in secrecy.

In his submission, Lawan said: “I believe that we have to diversify the economy like many of us did mention during the debate. Definitely, this mono-economy is not going to work for this country. It has not worked really because we have not been able to put our revenues into the proper form to provide infrastructure.

The Senate approved the retention of N305 to1$ to ensure economic stability. It adopted 2.18mbpd as daily crude oil production output in 2020. It noted that the 2.18mbpd approved would be realised, given concerted effort by the Nigerian National Petroleum Corporation (NNPC) and security agencies to combat oil theft and vandalism