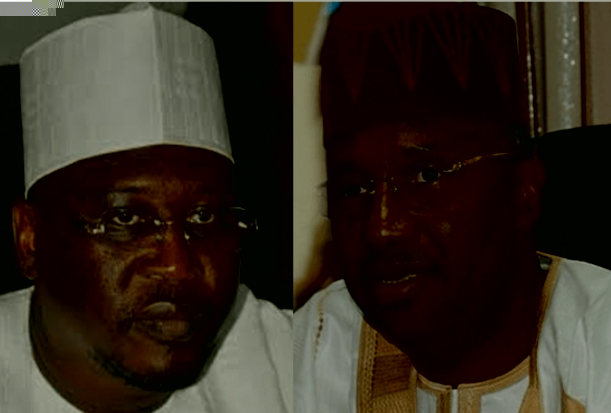 The Election Petition Tribunal Friday, has squashed the petition filed by the APC, challenging the return of PDP’s Umaru Fintiri as the governor of Adamawa State for what the verdict would present as lacking any merit.

While the PDP, Fintiri and supporters were jubilating over the judgment considered as court victory that legitimised the landslide victory at the poll, the All Progressives Congress (APC) was considering challenging the tribunal’s verdict by means of appeal.

“We have had hard hearted administration that only acted the death script on retirees by denying them their gratuities.

“A retired officer who was supposed to be paid N4m as gratuity, was given part payment of N200k only if he would part with N100k from his legitimate entitlement. What do you call this if not the hight of inhumanity!

“We elected Fintiri to change the narrative away from the temple of death.

“We’re now jubilating over the judgement being prayed for,” a retiree would tell the Periscope.

Among those who were jittery over Fintiri’s judicial victory were those whose salaries are being suspended running into 7th months.

There was the insinuation that if the Election Petition Tribunal upheld Fintiri’s victory, at the poll, those whose salaries were being suspended would automatically be relieved of their appointments in a sense that there have already been secrete replacements with the current rather silent employments.

“We’re being told, the however informal information rumourdly said to have been rooted from the SSG’s office that we’ll all be sacked when the judgement favours Fintiri,” one of the civil servants who are not paid salaries for about 7 months lamented.

Fintiri has however extended his hands, inviting the opposition to come and contribute their fans to be able to collectively produce fresh air for the citizenry and the state, where he described the judgment of the Election Tribunal upholding his election and the Peoples Democratic Party (PDP) as a re-affirmation of the people’s mandate and an added impetus to his drive to make Adamawa State work again.

“Bindow isn’t our problem as he has earlier admitted defeat by congratulating Fintiri with the announcement of the result of the election. The issue is with APC in the state.

“APC couldn’t persuasively package their governorship candidate. They let him to a humiliating defeat. Now they’re challenging the result of their betrayal of trust. It metaphorically sounds hypocritical,” a PDP loyalist said.

In a state credited to Mr Solomon Kumangar the DG media and communication to the governor, Fintiri lauded the Election Petition Tribunal for being upright and just, where he thanked the entire citizens of Adamawa State for their support and prayers.

Fintiri finally, restated his firm resolve to work for the good people of Adamawa State and prayed never to let them down.