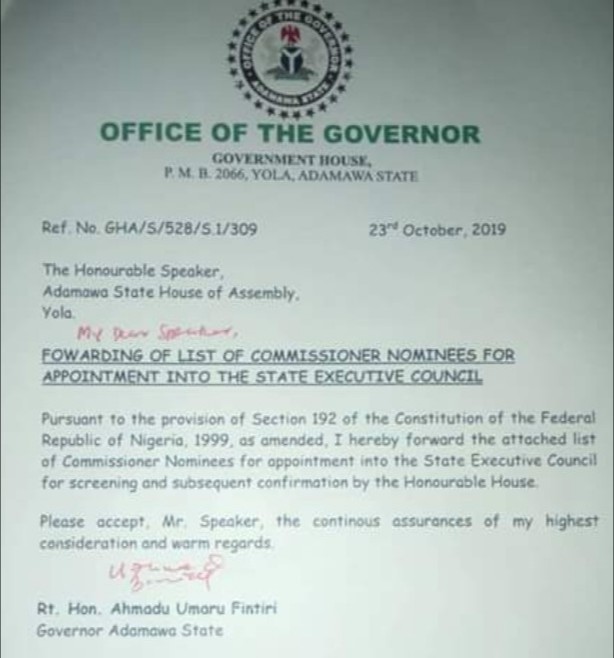 The Adamawa State House of Assembly has confirmed recept of a list of Commissioner Nominees forwarded by the Adamawa state governor, Ahmadu Umaru Fintiri, for confirmation.

Top on the list is Adamu Atiku Abubakar the son of the former vice president and PDP presidential candidate, Alh. Atiku Abubakar the Waziri Adamawa.
Adamu will take over from his elder sister Fatima who was a commissioner under Bindow led APC government.

Others on the list include the party’s secretary, Abdullahi Adamu Prambe (Song), and the governor’s former colleague at the state house of assembly, Wulbina Jackson(Guyuk).