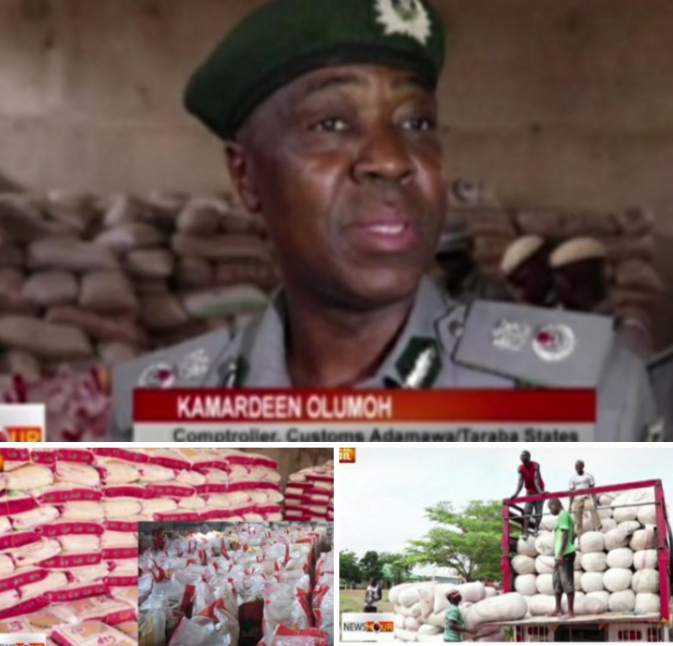 Olumoh said a truck loaded with foreign rice covered with bags of other grains was also apprehended along the Mubi – Yola road, with duty value of N10.3m

The Comptroller of Customs announced plans of the service to raid the Yola Ultra-Modern market, to rid the state of imported rice.