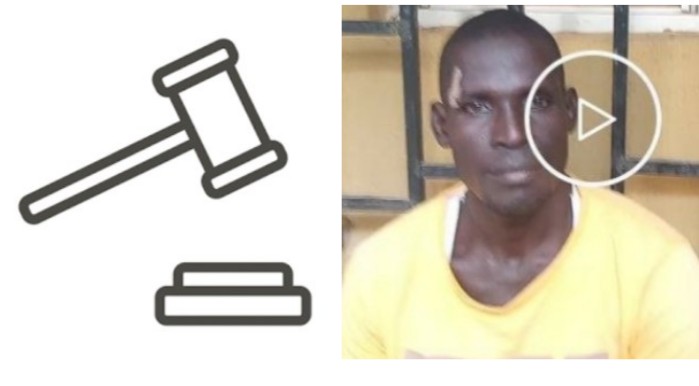 * who is the godfather who influenced granting of bail to criminal rapist as was alleged? How is the bail being granted? What is the reaction of the Fulani intelligentsia? What is the take of Adamawa Coalition Against Rape group?

Rape is indeed an unbailable offence before the law, which ought to be stiffer with the case of a minor given in costudy to a teacher degenarated to a silent paedophile, a serial cheat typical of Rodney Yusuf who confessed to have committed the alleged crime.

Governor Fintiri of Adamawa State defined rapists of minor as nothing but cultists that must be dealt with a fist hand.

The Chief Judge while in conversation with the leadership of Adamawa Coalition Against Rape, on how to address delay in dealing with rape cases before the law, has in his office, described the rapists of minor as simply inhuman.

A lawmaker Hon Abdullahi Umar Yapak and the speaker Adamawa State House of Assembly, jointly assured that stiffer penalties adding to capital punishment should be charged on the beasts with a view to addressing rape challenges looming in the state.

Who threatened against the law, the court to grant unbailable bail, to paedophile rapist Nathan the degenerate cheat- teacher Yusuf who drugged before raping to impregnate a 16 year old JSS student; a Fulani minor whose parents were initially hard to be convinced to send their children, especially daughters to school in Namtari, Yola North local government, Adamawa State, Northeast Nigeria, as was alleged?

Is it a judicial conspiracy shielding paedophilo rapist, based on certain affinity; giving the atmosphere for a critical thought earlier nurtured by the nation of Nathan’s?

A traditional title holder Rodney Nathan the Chairman National Union of Teachers Adamawa state earlier had an interview with newsmen that went interestingly international, making him the first to publicly deny that his member a teacher turned cheat, has raped to impregnate his student.

Recall the Periscope earlier articulated that the NUT Chairman Rodney the traditional title holder Nathan, was reported to have denied that a teacher his namesake, has raped and impregnated a minor, claiming that the pregnancy was as a result of love affair between a teacher and his student, where the surveyor’s parents were in the know about the carnal love kind of.

Nathan the NUT chairman has revealed to newsmen, TGnews online reported that Nathan the heart-throb not paedophilo rapist, was betrayed to the security officials for arrest as a blackmail, perhaps owing to either he did not share the same faith and/or tribe with his 16 years old lover he impregnated out of wedlock.

Reacting while speaking to the Periscope reporter earlier, Umar revealed that his 16 years old niece was raped three times by her teacher called Nathan Yusuf who got her pregnant.

“He drugged her eveytime he raped her. She was so ashamed, scared and traumatised to expose her rapist, until she was found to be pregnant.” Umar said.

Nathan’s victim was his pupil at Namtari primary school. He continued as her coaching class teacher on getting to the junior secondary school, without the parents knowing that he was conspiring to impregnate their daughter, that would end in forcing their daughter’s marriage with him, he could have conceived.

Having earlier confessed to have committed the crime. The paedophilo rapist’s relatives requested for settlement out of court.

The survivor’s parents could however not be hoodwinked to the bait on the ground that the teacher has been a serial rapist.

The teacher was said to have earlier raped two minors; one was impregnated but the settlement for cover-up resulted in aborting the pregnancy. Any settlement outside of court, could lead to further rape. The family would have thought.

The men of Civil Defence Corps did the arrest and the rapist was arraigned. At the first hearing, the rapist lawyer was said to have requested bail for his client. However, rape case was unbailable.

The hearing was adjourned to Tuesday September, 24, 2019 and another hearings followed, which eventually led to the paedophile being granted bail, Thursday said to be on the authority of a highly profiled personality before the law, cocooned in conspiracy, bred by sentiment, with the hearing being adjourned to first November, 2019

A Fulani group argued that “Nathan is among those on project against the Fulani race; they are sponsored to target our daughters to be able to have the race stained with population of bastards fathered by the non Fulani that do not even professed the same faith.

“Either way will be ok for them; either to keep or to give them back the babies gotten out of wedlock.

“They’re also not bothered by the stigmatization our daughters, the survivors will be subjected to and it’ll be good for them if we should disown our survivor daughters for them to own them cheaply.

“What kind of love is this for a beast to drug a minor so that he could rape her?”

“We’re surprised that the rapist is granted bail, we’re beginning to perceive that this is a prelude in acting the script directing towards dismissing the case.”

The first intervention by the yet to be revealed godfather, it was alleged, was to ensure that Nathan the rapist was granted bail at all costs.

Governor Fintiri has assured the Adamawa Coalition Against Rape that rapists must not be spared, however highly placed they and/or their godfather could be.

Now, who is the godfather who influenced granting of bail to criminal rapist as was alleged? How is the bail being granted? What is the reaction of the Fulani intelligentsia? What is the take of Adamawa Coalition Against Rape group? These take another story, shortly.