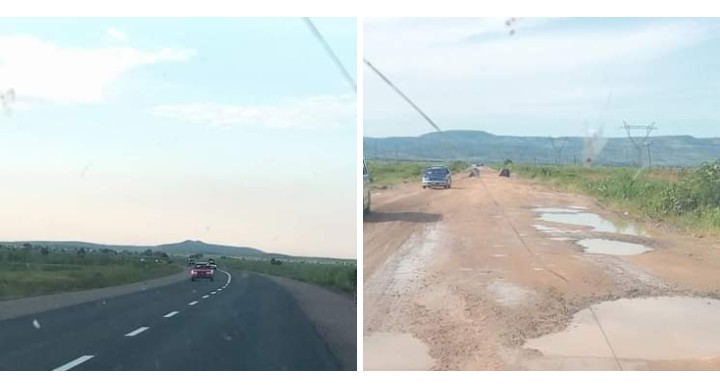 Works and housing minister Babatunde Fashola has said federal roads are not as bad as people claim. May be he is referring to the South West, but federal roads in the NE are as worst as ever.

When this government took power in 2015, Gombe to Kaltungo (70km) was dilapidated, while Cham to Numan (about 55km) was a total disaster. So, we were all relieved when in 2016 CGC and Triacta were awarded contracts to rebuild them.

Three years later, Triacta completed its job (1st picture) but CGC only managed to work on 15km or so, leaving 40km of mud and puddles (2nd picture) to kill travelers and damage their vehicles. CGC has now demobilized from site, suggesting FGN owes them money.

Triacta’s contract was funded by Gombe State Government (to be refunded by FGN), and all went well. The credit goes to former Gov. Dankwambo, not Fashola who now claims our roads are not too bad.

I used to blame PDP for the terrible state of Gombe-Yola road but it is now clear that this government is not much better in road rehabilitation. Fashola added insult to injury by lying in our faces. I hope this post gets to him.