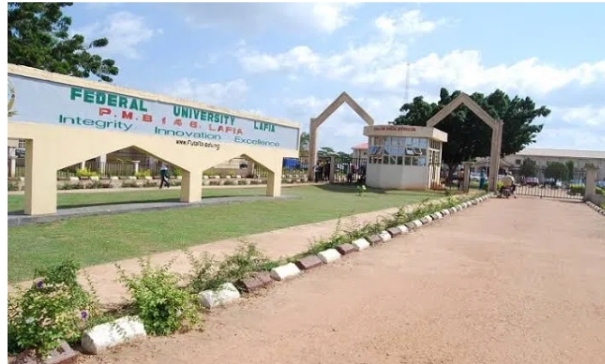 The editorial of NewsGhana24 articulated that a “student impregnates female lecturer is the latest trending news that is breaking the internet less than two months after the BBC got lecturers from the University of Ghana and University of Lagos pants down in the Sex for Grades videos.”

Kevin a bachelor of computer science at the Federal University of Lafia (Fulafia), Nassarawa State Nigeria, was expelled by the Senate of the institution for impregnating. his female lecturer.

Kevin pleaded for lesser punishment before the disciplinary board of the University because the initial advances into the love affair between the duo were initiated by his lecturer who was so desperate.

“My lecturer wants me to enjoyed and nourished the flower within her. She wants me to have her pregnant, I want to graduate with a good grade. She has got what she wanted, I’m now been served with an expelled letter,” Kevin said

Kevin disclosed that times without number, the lecturer had convinced him to smash her cookie jar through her seductive moves and highly palatable figure. The weakling could not turn down the offer that came with harsh penalities from the lecturer and of course, his desire to swim in the attractive waters and get cool his appetite.

Kevin revealed that the lecturer had served him with ultimatums that would only be injurious to his stay in the university if he failed to drink from her river of life. Therefore, having no other choice, but to get down to business. To save his neck from the lecturer’s threat, he jumped into the sweet business that was to turn out to be sour.

Kevin confessed that he had slept with the lecturer on so many occasions, including in her office set within the administration block.

The question that is remained to be asked is what is the fate of the impregnated lecturer, has her employment been terminated too.