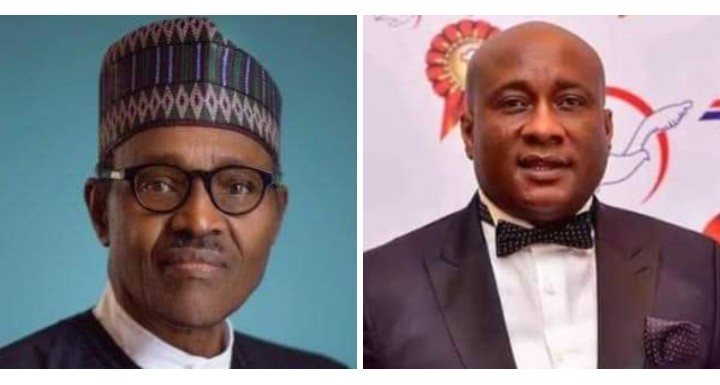 This morning we woke up to the news that the Southeast Governors Forum rose from a meeting that discussed the plight of Airpeace owner, Mr. Onyeama, a fellow Igbo, that has been indicted by US authorities for alleged money laundering and who, the EFCC is also investigating for similar accusations.

Since the US indictment about a week ago, several individuals and groups came to Mr. Onyeama’s defense, with majority of his kinsmen embarking on public relations job for him in the national dailies and on social media, projecting him as the victim of his own success.

A certain job handler even wrote that it was all a mistake and that Mr. Onyeama did what he did out of ignorance and that the Nigerian Government should step in to help him out.

That was also the conclusion of the Southeast Governors that pleaded with President Muhammadu Buhari and the US Ambassador to Nigeria to as they put it: “intervene” in the matter.

Mr. Onyeama may fein ignorance of his action, but I find it difficult to believe that the Southeast Governors would be so naive to have joined the chorus of those asking the President to intervene in an alleged financial crime case being handled in a US court.

It is okay for the Governors to boost the morale of Mr. Onyeama by their solidarity move that also sent message to Ndi-Igbo that that they can stand for them in their worst times, but for God’s sake, it should not turn in to a blackmail.

Yes, calling on President Buhari to intervene is pure blackmail, because as a celebrated global anti-corruption champion, you do not expect him to put a phone call across the Atlantic to the White House and urge President Trump to direct the prosecutors to drop the case. The best he can do is to allow the US investigators and the justice system to exonerate Onyeama through his own defense, otherwise, President Buhari will only embarrass himself and the nation, and will also be accused of obstructing justice.

We should bear in mind that the US President, Donald Trump himself, despite constitutional immunity, is currently under investigation for alleged tax fraud and a New York court had ordered him to turn his tax return records to Manhattan prosecutors, though he filed appeal at the Supreme Court.

The weakest defense I have heard from Mr. Onyeama’s sympathisers is that they are worried about the plight of Airpeace and hundreds of its employees and so they needed our President’s intervention to save jobs.

If President Ronald Reagan could not intervene to save the Delorean Motor Company (DMC), owned by late automotive engineer and industrialist, John Delorean of the famed DMC sports car of the early 1980s, that employed probably thousands in California and the Republic of Ireland, then President Buhari could as well save himself from embarrassment and allow the judiciary to do its job and for Onyeama to find good lawyers and sort himself out. Like Onyeama, Delorean was accused of money laundering.

I don’t know what the Southeast Governors were thinking, but turning Onyeama’s case into a tribal affair is really unfortunate. Time for all of us to grow out of it.