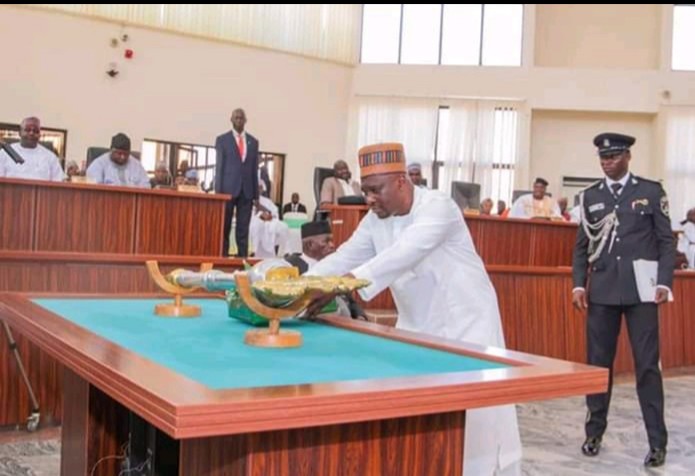 Adamawa State Governor Ahmadu Umaru Fintiri has lauded the passage of the Adamawa Health Insurance Law No. 7 of 2011 as amended, which made it mandatory for every unemployed person under 20, pregnant women, the indigent, the physically challenged and those above 65 years, to enjoy free Healthcare Services.

In a press release issued by the Director-General Media and Communications, Mr. Solomon Kumangar Sunday, Governor Fintiri hqs considered the action of the state Assembly lawmakers as a commendable milestone that would raise the bar on provision of Medicare and would strengthen Government’s drive to overcome existing public health challenges.

The press release noted that “ATM Governor strongly believed that the amendment of the existing Law was in tandem with his 11-point Agenda, which was targeted at attaining easy access to healthcare for the teeming unemployed youth, the indigent, the young, aged men and women.”

Fintiri expressed readiness to assent to the amended Bill as soon as it landed on his table, soto be able to come into effect immediately.