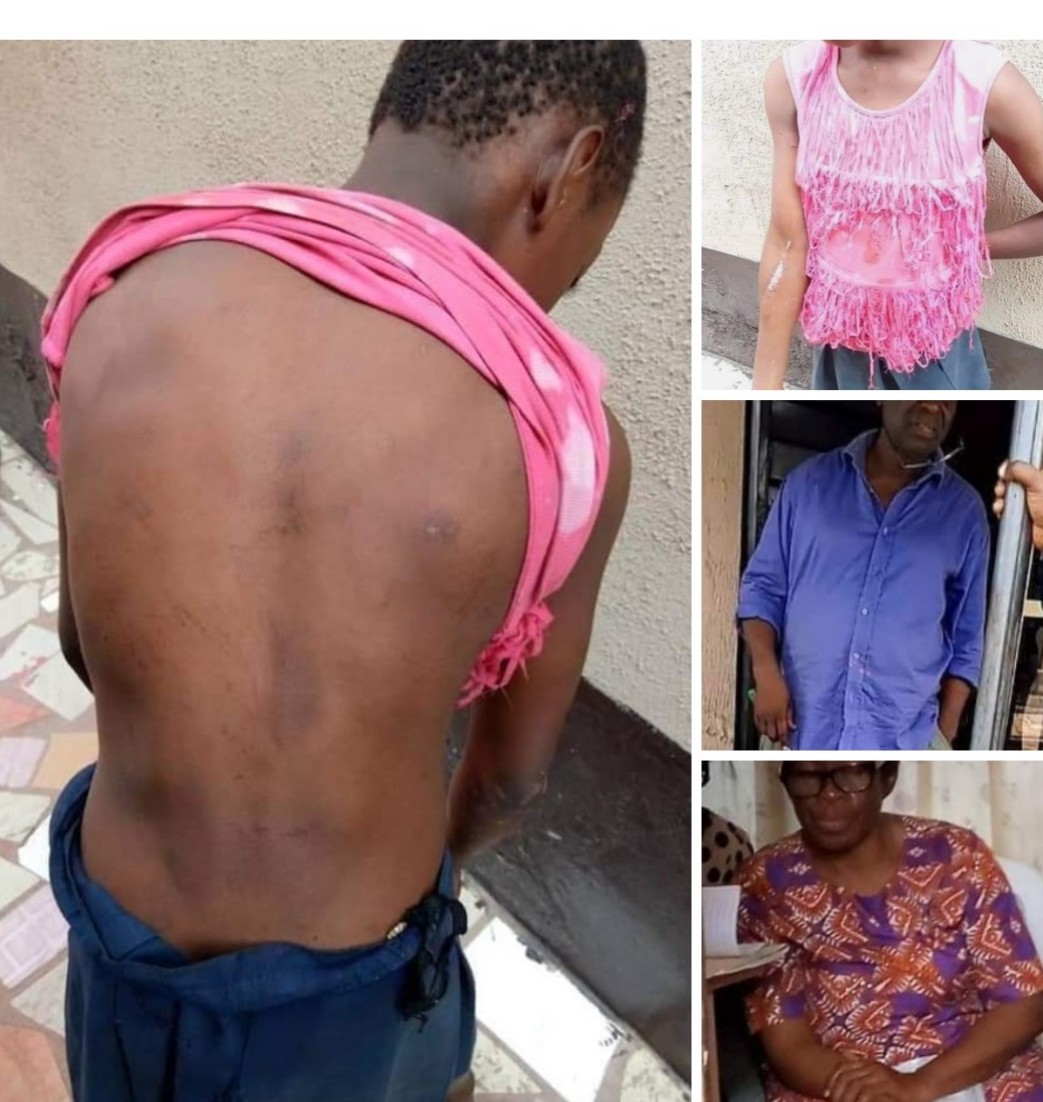 The elderly couple Revd and Mrs Adeleke Adebanjo are pastors in the Anglican Communion Lagos. They were reported some days ago for abuse of a 9 years old. Not just physical abuse but sexually violated.

It was alleged they use horsewhips (koboko) to discipline the 9 years old.

There were scars all over her body from several previous beatings.

The recent scar on her hand was occasioned by the “grandma” allegedly using hot electric iron to “press”her hand.

Sadly, preliminary report by the hospital, discovered that the poor girl has been abused sexually both vaginally and anally. Medical report would be out on Monday. The little girl has been taciturn in revealing who did this dastardly act to her because of the trauma she has undergone. There is no other male figure in that house and for now, we suspect the Revd while We await the outcome of investigations to know who exactly is responsible for the act on this little girl .
Presently the Reverend and his Wife are pulling strings to truncate investigation and the course of justice.

On our return from the hospital to the home where she was warmly received yesterday, the story changed and it became a tug of war before the home would accept the girl because their was apparently an “order from above” not to accept her any longer. We couldn’t take the girl home as we may charged for ” abduction ” which obviously was the intention of whoever gave the order and we couldn’t leave the young girl outside in the cold.

Thankfully, after about 3 hours, the proprietor of the home asked us the story of the girl and we explained and that was when she asked the girl to come in on compassionate grounds. She apologized sincerely and said that she had to “obey ” the order as it was the government that regulates them and she could not ignore the order from the ministry that has supervisory role on their activities.